Washington D.C. – The staging city of power and politics 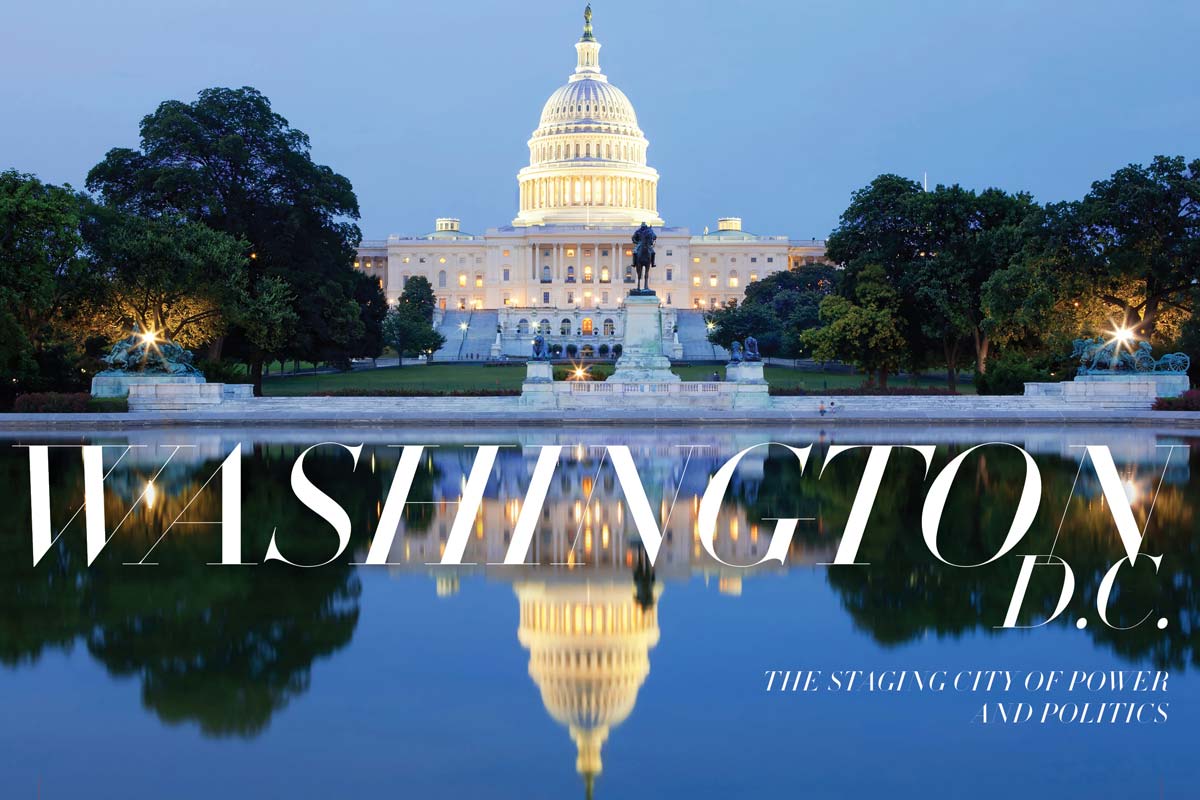 Washington, D.C. breathes power and politics. It is probably the most influential and powerful capital in the world followed by the counterparts of Beijing and Moscow.

Washington, D.C. breathes power and politics. It is probably the most influential and powerful capital in the world followed by the counterparts of Beijing and Moscow. In Washington, D.C., the iconic branches of the White House, the Capitol, and the Supreme Court stand as neoclassical monuments and are good reasons to visit the town named after George Washington in honor of the first President of the United States.
Founded in 1791, the capital, located along the Potomac River on the country’s East Coast, has a population of over 6 million people. Besides the three branches, the city is also home to 176 foreign embassies, lobby groups, and the headquarters of international organizations.

Washington, D.C. is the nerve center of the nation and the wellspring of its power. It is where critical decisions are made, decisions that have a massive influence on the world.
Visiting the city

However, with so many historical places to visit in this city, one is considered the most interesting: the famous White House. For Americans wanting to go on a tour of it, tickets should be requested six months in advance through their senator’s office or that of their representative. International visitors need to contact their embassy far in advance to request a tour of the White House.

3,000 Cherry Blossoms, The gift from Tokyo

In 1912, the mayor of Tokyo gave 3,000 cherry blossom trees to the city of Washington DC. Later on, when the cherries started to blossom, the city created a festival. It is a festival of beauty that promotes unique events on the National Mall.

A majority of restaurants, street foods, and bars are featured along the cherry blossom tree location. There is also an event named the National Cherry Blossom Festival Parade.

The District of Columbia is where the most impressive buildings reside such as the White House, the United States Capitol, the Washington National Cathedral, the Lincoln and Jefferson Memorials, and Veterans Memorial.

The unique architecture in this city is of a neoclassical, Gothic, and Georgian style that is also complemented by modern buildings. Outside downtown Washington, the architecture has various beautiful styles of Victorian buildings.

The prominent areas developed after the Civil War kept the Victorian and Federalist style with the well-known Row Houses.The most significant building in the District of Georgetown is that of Ronald Regan at 3.1 million square feet.

Another “must see” is the Georgetown University located in the city. Whatever you go, Washington, DC, breathes power and politics. Besides all the monuments and numerous attractions, Washington, DC, is a beautiful city with multiple options for all its visitors.

It is the powerful stage of the most critical decisions in the country. n