The history of Vizcaya reflects and provides insight to the histories of both the nation and Miami. Built between 1914 and 1922—and employing an impressive ten percent of the population of Miami over the course of those years—Vizcaya is one of the country’s most intact remaining estates from the Gilded Age, when the nation’s wealthiest industrialists built lavish homes inspired by European examples. 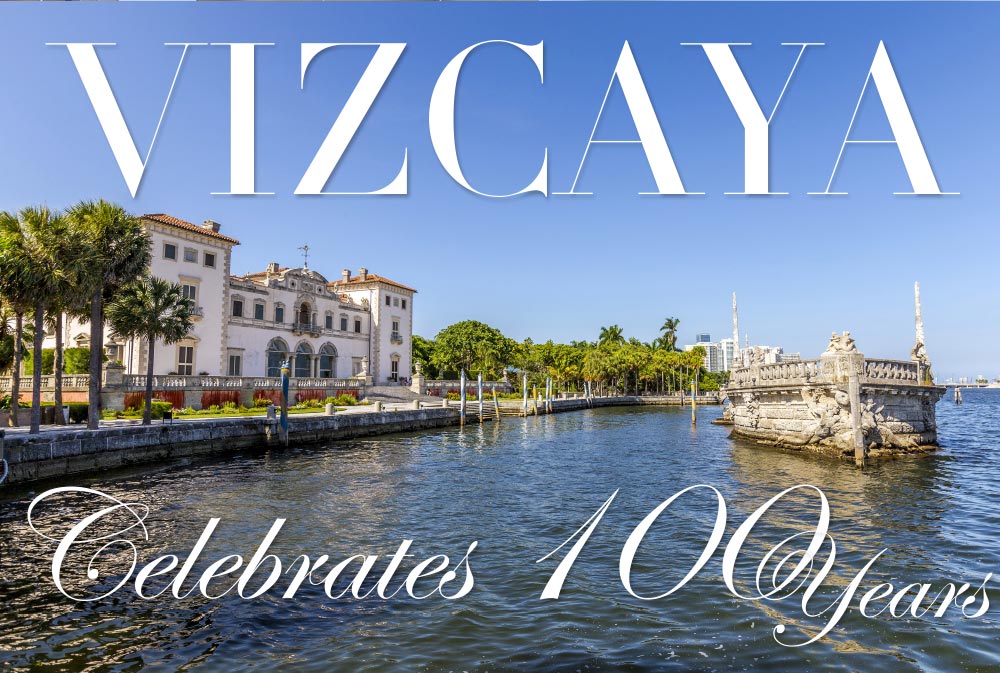 James Deering, Vizcaya’s owner, was retired from his position as Vice-President of International Harvester when he teamed up with his artistic advisor, Paul Chalfin, to create Vizcaya.

Due to health issues, Deering had been advised to seek out a warmer climate in which to spend his winters, and chose a bayfront site in Miami. His parents had already settled in Coconut Grove, and his half-brother, Charles, who had a home in Buena Vista, would soon develop an estate in Cutler. Deering purchased the first 130 acres of Vizcaya’s 180 acres from Mary Brickell in 1912, just sixteen years after the incorporation of the City of Miami. In the years before and after World War I, Miami’s Brickell Avenue became known as “Millionaire’s Row.” The most beautiful homes on Brickell were soon eclipsed by Vizcaya.

Vizcaya’s Main House was intended to appear as an Italianate villa that had stood for 300 years. Innovative building techniques and design styles were used, incorporating antique Italian marble with native coral rock. The landscape combined elements of Italian and French garden design adapted to the subtropical setting. Shells found in Florida and the Caribbean decorate many features in the gardens, including the grottos and bridges. On December 25, 1916, Deering celebrated the completion of the Main House with a party at which his guests dressed as Italian peasants.

Although Vizcaya was designed to look old, Deering was a man whose family’s fortune came from industrialization. As such, he introduced the most modern technologies and features to his home. For example, the Main House is an early example of poured-in-place concrete and boasted revolutionary technology including two elevators, a central vacuuming system, and an electric telephone exchange system. In addition to the collection of art, furnishings and objects he gathered throughout Europe, Deering was also a patron of contemporary art and commissioned several prominent artists to create work specifically for Vizcaya. 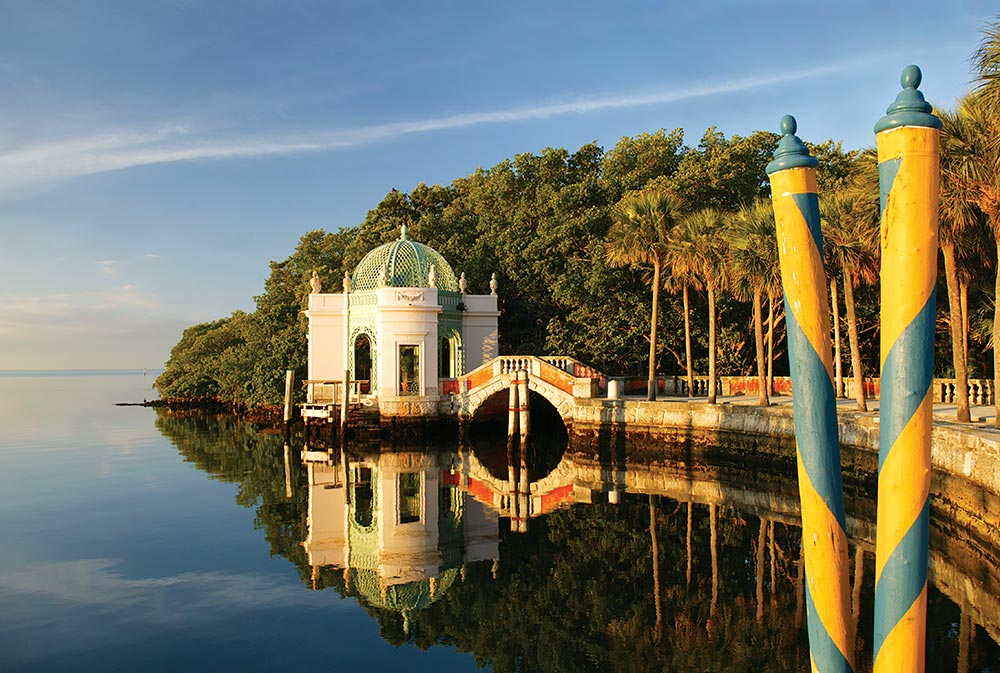 Deering enjoyed his beloved Vizcaya for less than nine years. He passed away on September 18, 1925, while returning to the U.S. from France aboard the S.S. City of Paris ocean liner. Vizcaya was left to Charles Deering and suffered extensive damage in Miami’s 1926 hurricane. Charles died in 1927, and Vizcaya eventually passed to his daughters. A restoration campaign took place in 1933 under Chalfin. The estate had its first opening as a privately owned museum in 1935.

The estate’s heirs conveyed 130 acres of Vizcaya’s property to the Catholic Diocese of St. Augustine which built Mercy Hospital, a school and housing in the 1940s; the remaining 50 acres, including the Main House, gardens and Village, were conveyed to Dade County in 1951. Included was the donation of the estate’s substantial furnishings and art collection on the condition that Vizcaya be used as a public museum in perpetuity. In March 1953 Vizcaya opened to the public as the Dade County Art Museum.

Today, Vizcaya Museum and Gardens is an internationally renowned accredited museum and a National Historic Landmark. The museum is known for its rich history, architecture, gardens, and art and living collections, and it retains one of the only remaining native forests in Miami. Vizcaya’s mission is to preserve the estate and to engage the public in learning through the arts, history and the environment. Families participate in many programs that share Vizcaya’s history in fun and engaging ways. 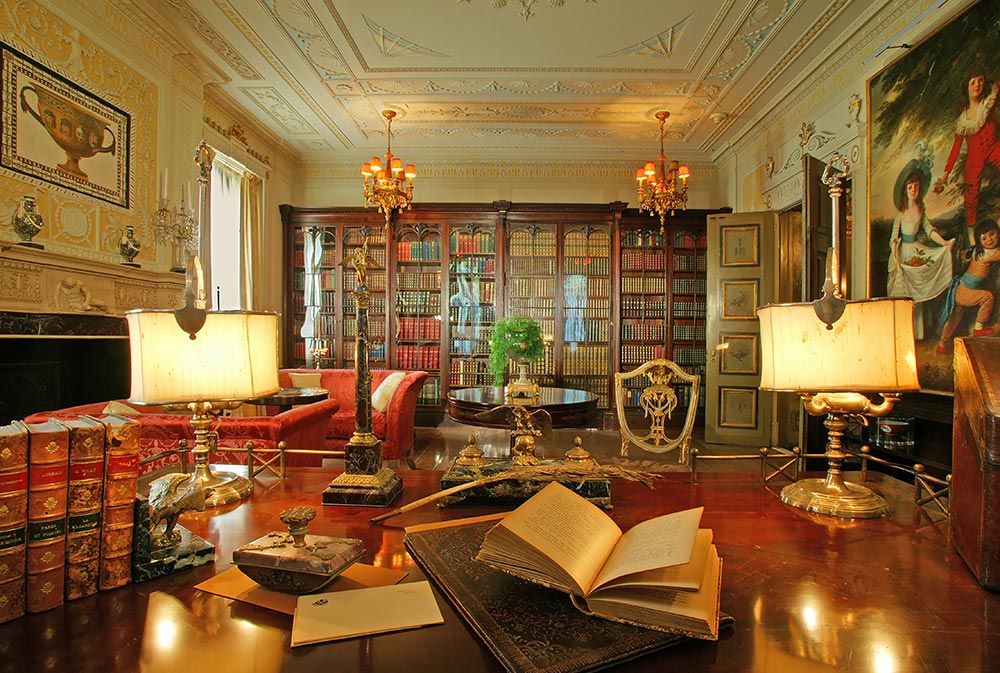 Members enjoy special tours and access. Volunteers help keep the gardens and mangrove coastline beautiful. Supporters give generously to ensure the protection and preservation of Vizcaya.

A trip to Vizcaya transports visitors to another time. The centennial year is a celebration of much more than one man’s dream: the nation’s history and the region’s history are so clearly reflected and closely intertwined with Vizcaya that to celebrate one is to celebrate all.