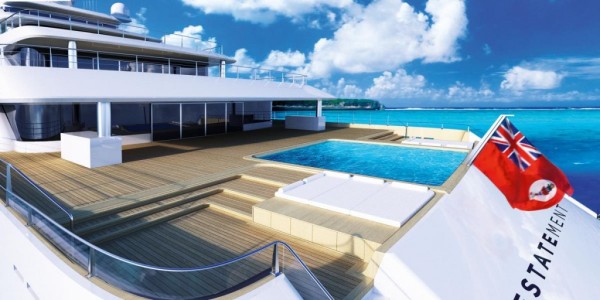 China’s largest yacht builder Pride Mega Yachts, the superyacht arm of the China International Marine Containers Group, made headlines recently with the sale by Fraser Yachts of their in-build motoryacht 88.8m Illusion. The yacht will be the biggest ever built in China on her 2015 launch. Building on their growing global presence and reputation as the world’s leading Chinese super yacht builder, Pride Mega Yachts confirmed their presence at the upcoming Monaco Yacht Show representing the new-built project Illusion while also previewing their latest 115m Estatement concept.

The work of Sinot Exclusive Yacht Design, Estatement is able to accomodate up to 22 guests, 35 crew members and features a contemporary interior that will appeal to a wide client base. She will feature an 18.1 metre beam, a steel hull and an aluminium superstructure with a displacement of 5,500 gross tons. With a fuel capacity of 300,000 litres, Estatement will have a cruising speed of 15 knots and a top speed of 17.5 knots. She is expected to have a range of 6,000 nautical miles. 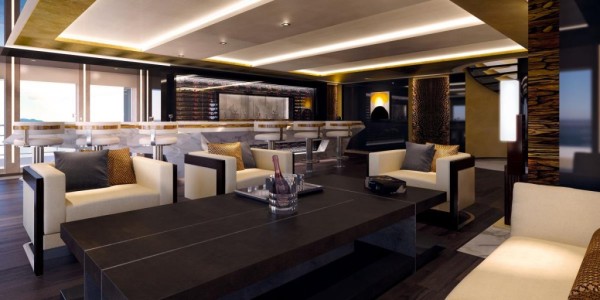 In August Pride Mega Yachts announced the sale of their massive vessel Illusion, and while the company didn’t make any mention of who bought it and for how much, the delivery date is for 2015. The super yacht company will be providing an update on Illusion‘s building progress at the Monaco boat show.

Illusion features a Rolls Royce diesel-electric propulsion package and azimuthing propellers and a Dynamic Positioning system complement it. It is anticipated to hit a top end of 17 knots and cruise at 14 knots. The largest megayacht being built in China rises six decks high and has a 51’8” (15.8-meter) beam. 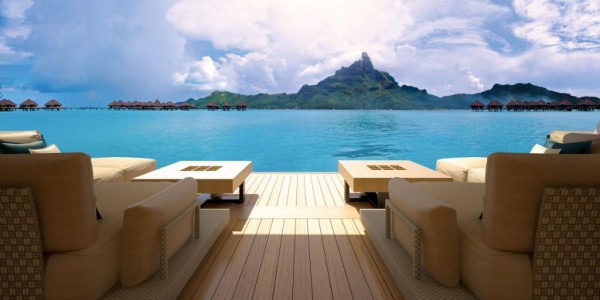 The originally planned decor of Illusion featured many Asian-themed elements. The main deck lounge looks like a boutique hotel, showing off a modern design that gives tons of room. The floor-to-ceiling windows can even be covered up by a large movie screen for impromptu film screenings, while staircases lead up to the huge upper deck lounge.

The two VIP suites have open-space bathrooms while the guest suites have natural stone bathrooms and big storage spaces. The owner state room has its own outside deck, a spa, his and hers bathrooms, a large dressing room, sauna, and an office. 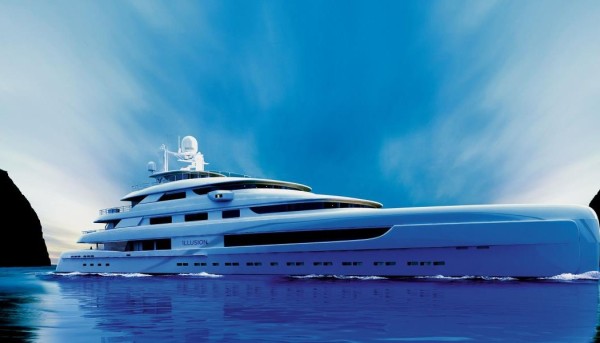