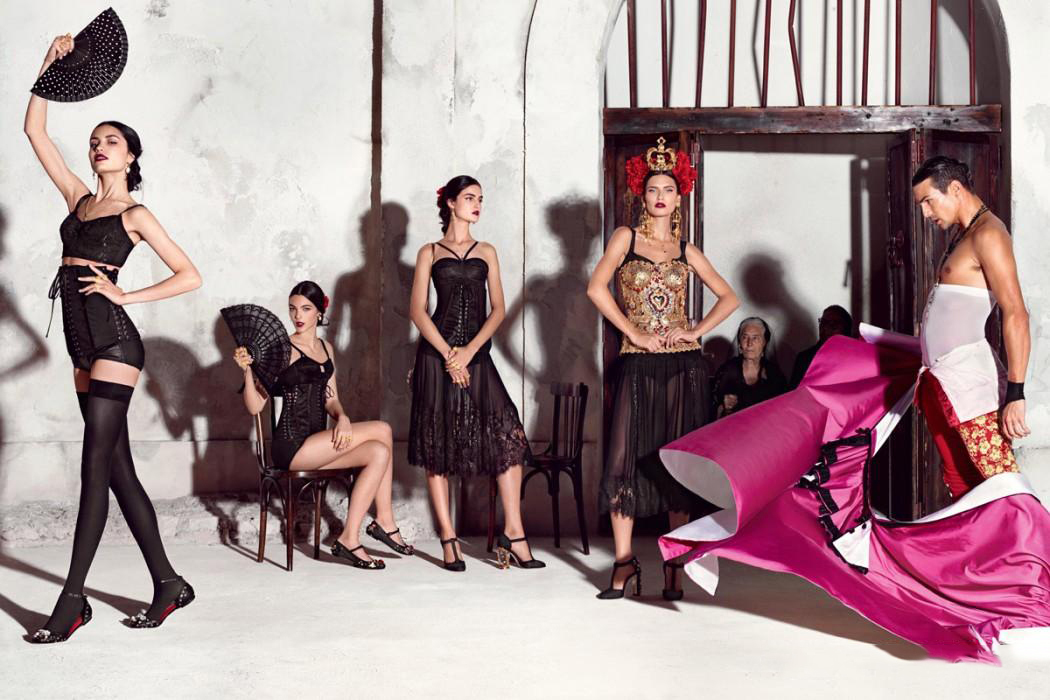 On the dawn of the new year the Italian luxury industry fashion house Dolce & Gabbana, has revealed its Spring-Summer 2015 campaign, which emphasizes the Spanish influence behind the new collection, and turns out to be the most adorable campaign in the fashion world of the year. 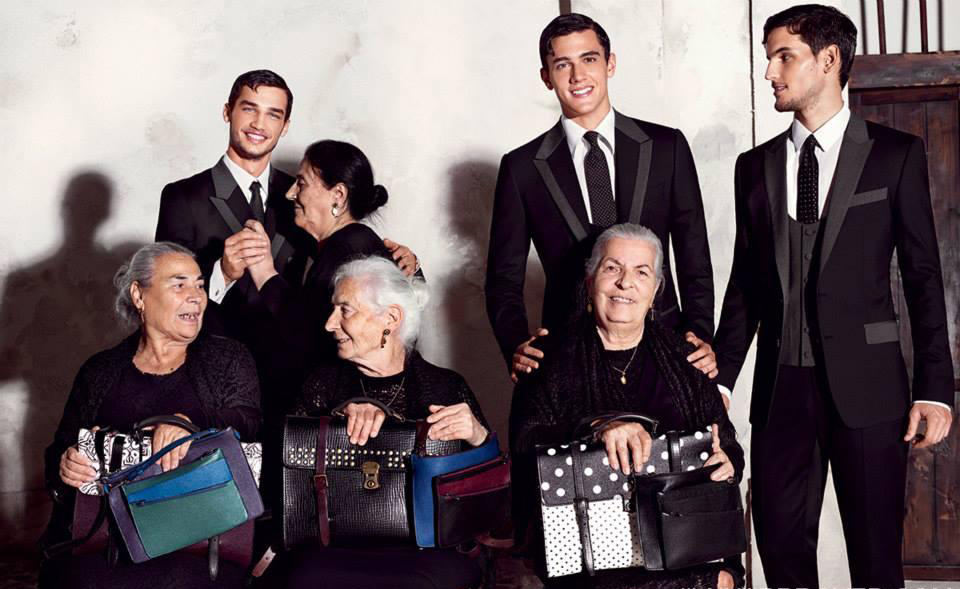 The fashion house posted a few photos of their summer 2015 campaign on Instagram and they feature a trio of elderly ladies looking fabulous. The stylish senior ladies are part of a larger Spanish-style familial tale that the brand uses to tell the story of their new designs. The grandmas look astonishingly chic, donning swept back hair with large blooming roses emulating classic Spanish flamenco dancers.

The other Dolce & Gabbana SS15 campaign images that have been released “show the Spanish influence on Sicilian traditions.” They are the more traditional Dolce & Gabbana scenes with the different characters being played by models Bianca Balti, Vittoria Ceretti, Irina Sharipova and Blanca Padilla. 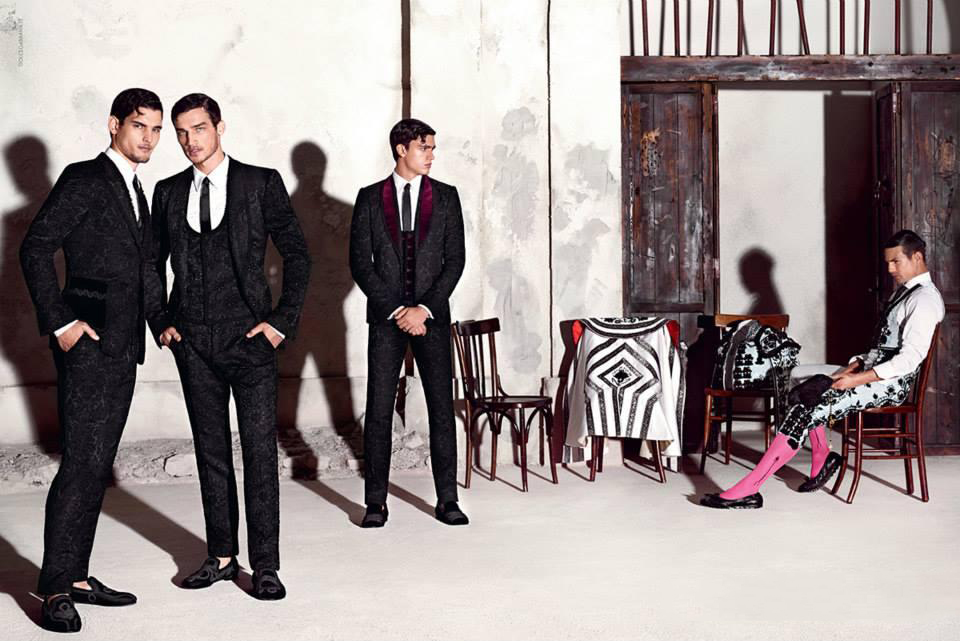 The stunning women are all featured sporting the “fashion matador” look that the brand showcased in its September show. The print ads were shot by Domenico Dolce himself and show them along with actual Spanish bullfighter, José Maria Manzanare. 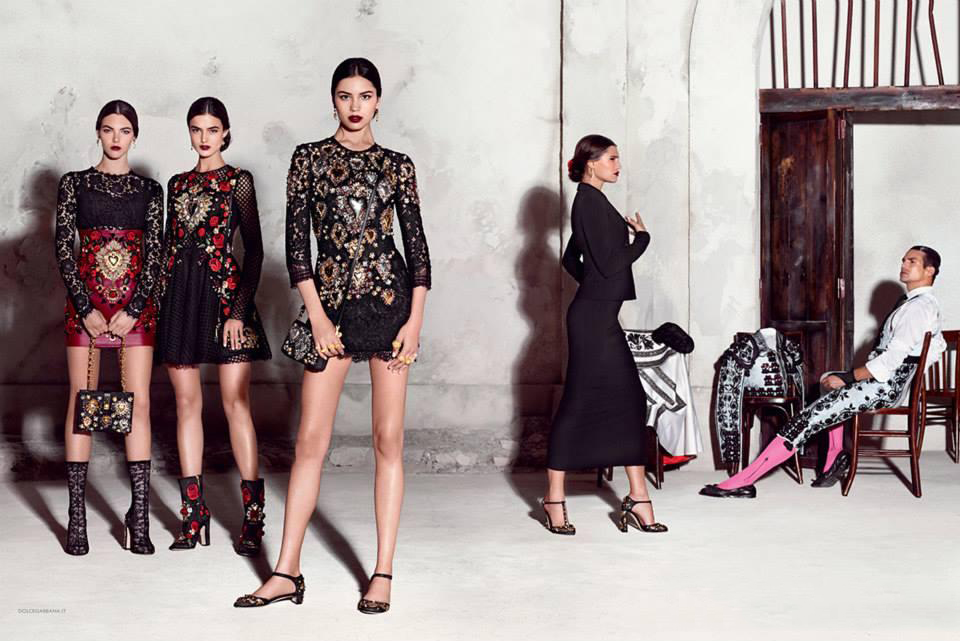 Playing on the theme of the Spanish-inspired spring Dolce & Gabbana collection, the models all wear their hair in low buns with centre partings. Deep red lips complete the look. The tone of the campaign was set by a collection that draws upon Spanish fashion and culture. Specifically, the line is inspired by the Spanish influence on Sicilian traditions between the 16th and 18th centuries. Red and black lace abound, along with fringes, ruffles and polka dot prints. There are even ensembles evoking the customary attire of Spanish matadors. 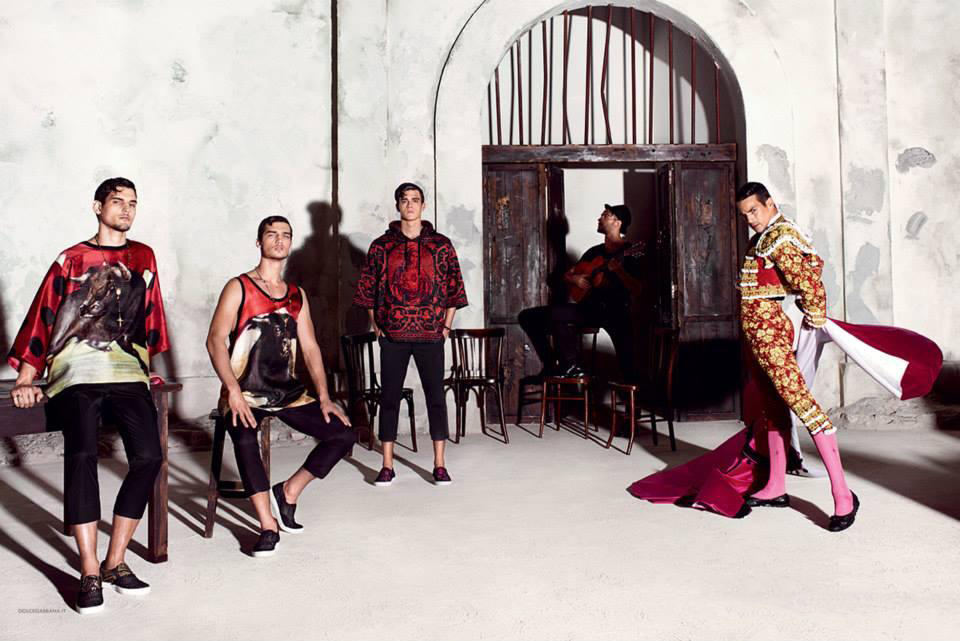 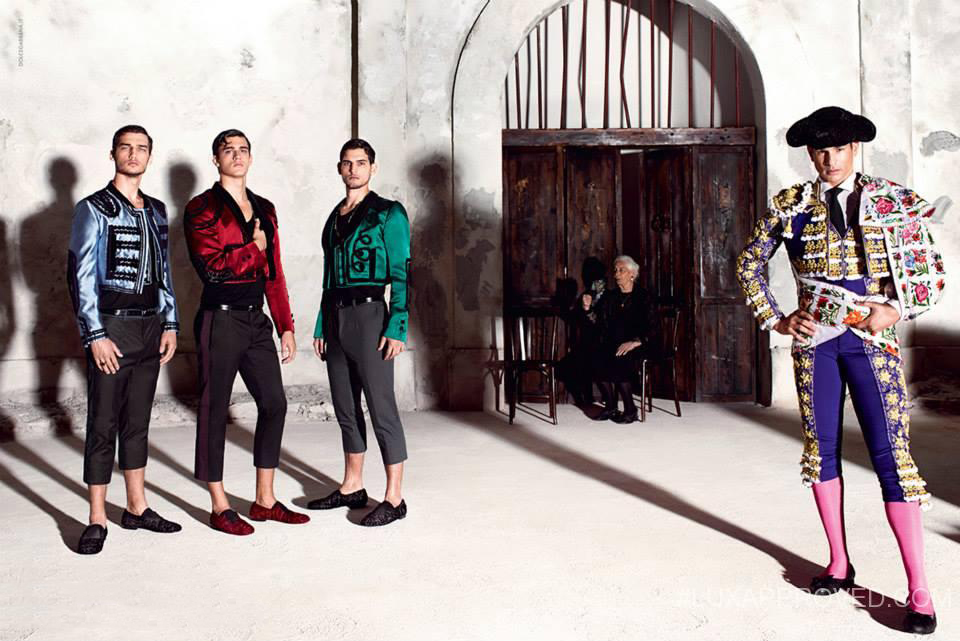