São Paulo. The heart of Brazil.

Known as the business capital of Brazil, São Paulo holds the lead in the country not only in the area of “business” but also in the areas of entertainment and events in the region. 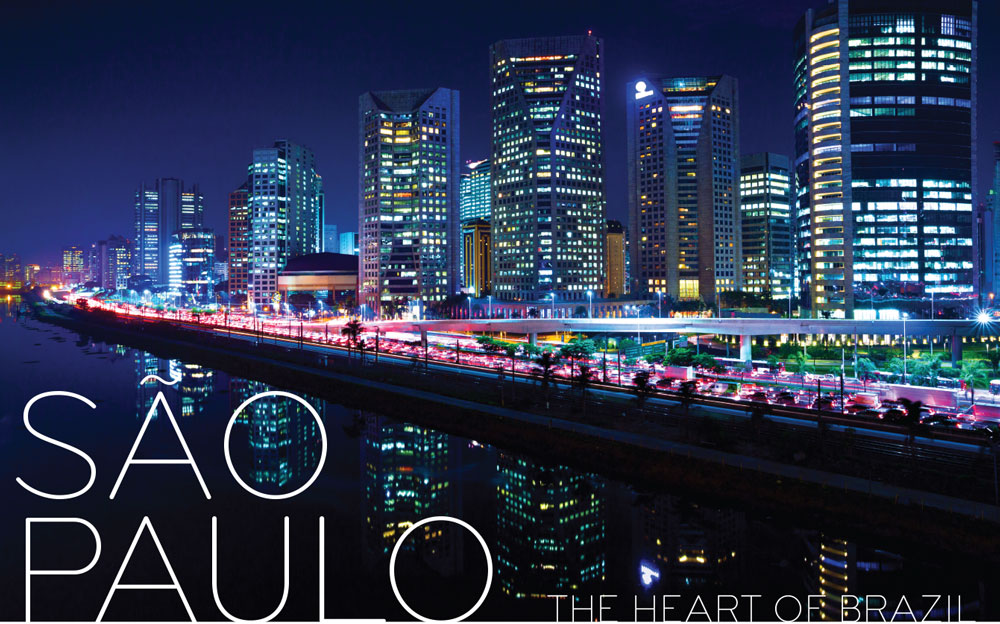 São Paulo is one of the great metropolises of the world. It is the heart of Brazil. This town holds a huge mixture of cultures with entire neighborhoods from different origins. It is the combination of diversity with harmonious coexistence among multiple cultures. In SãoPaulo, we found diverse communities. The Japanese colonization and their city called Freedom, and the Portuguese, Spanish, Arabic cultures and the Italians in the towns called “Bexiga,” Moóca and Brás. São Paulo still houses the German and Chinese colonization, and the famous Jewish neighborhood community of Bom Retiro. There are more than 80 nationalities in São Paulo. 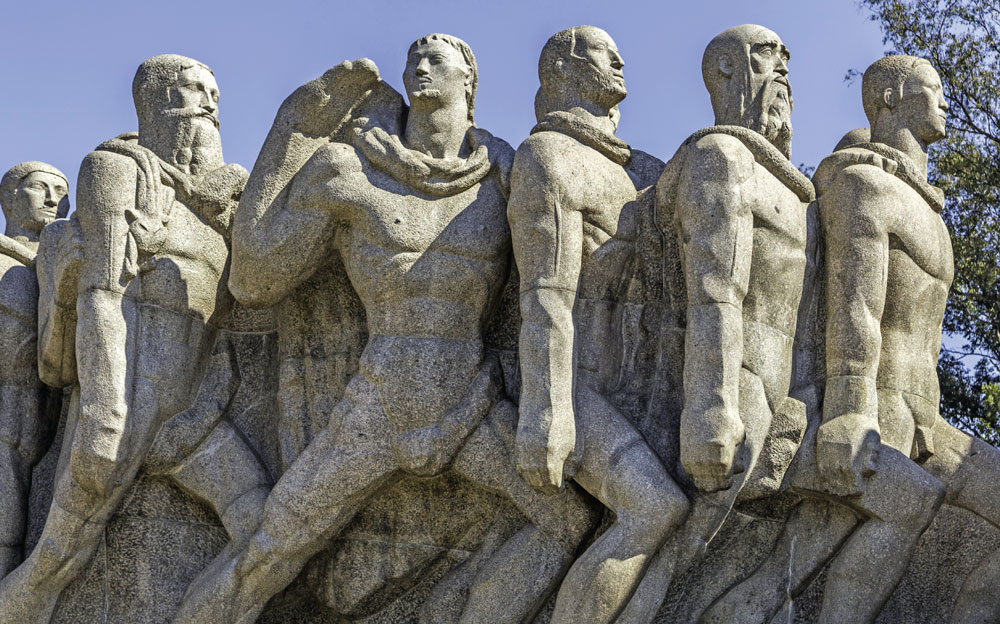 When these people moved to the country, they brought their habits, enriching the huge cauldron with of all kinds of food, habits, and history.

To nominate all it is a difficult task. What we can say is that São Paulo holds the leadership of the country. It is in São Paulo that big events happen, such as the Brazil GP of formula 1, the Auto show, the Biennial International Film Festival of the book, and Fashion Week a part of the International Fashion Circuit Shows that happens in Moscow, Milan, New York, Roma, and Paris.

São Paulo has more than 90 museums, 190 theaters, and 260 movie rooms, 39 Cultural centers, 54 parks of green areas, more than 90 Malls, and 15,000 restaurants. The city is a paradise for consumers. The most popular neighborhoods for the high class, meet at the Morumbi, or Garden City, and Alto de Pinheiros. The well-known region of Paulista Avenue crosses with Haddock Lobo street where there is an endless list of stores and restaurants, a nerve center to see and be seen. One of the most prominent shopping malls of São Paulo is called Iguatemi. It is similar to the Mall of Bal Harbour in Miami and carries the world’s most famous brands.The Shopping Iguatemi offers products of the highest quality, closely followed by the Morumbi Shopping Mall. São Paulo is a cosmopolitan city with tastes for all for consumers or fun.

With a population of 200.4 million (2013), Brazil is diverse in its culture. And São Paulo is the main financial center of the country and the largest in Latin America. 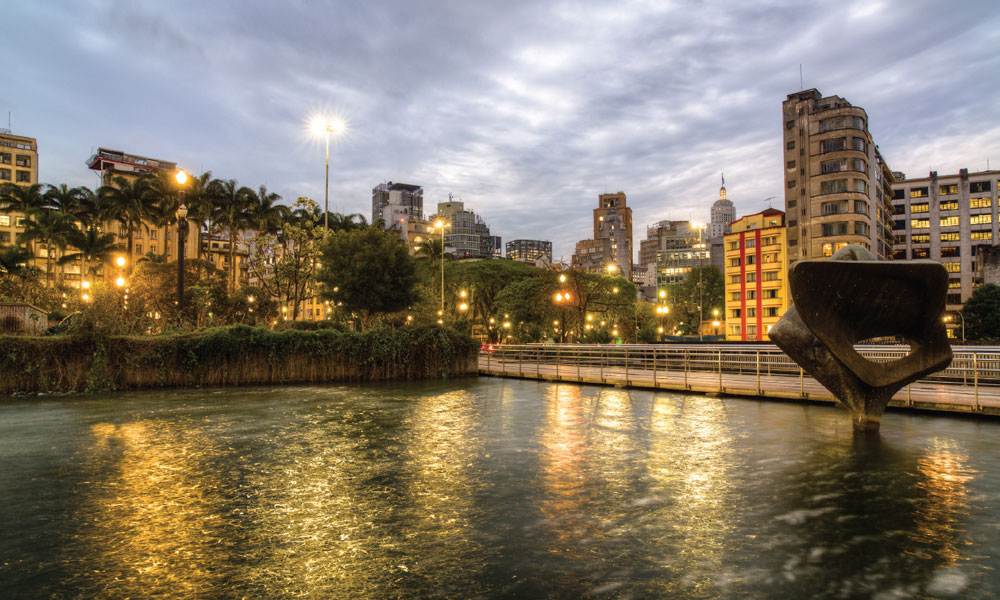 The arrival of the Japanese in São Paulo

With the agreement between the Governments of Brazil and Japan in the early 20th century, São Paulo had received at the time 1.5 million immigrants. It was the beginning of the largest Japanese population out of Japan.
The first 781 Japanese immigrants who came in the ship “ Kasato Maru” on 18 June 1908, were destined for the coffee farms of São Paulo State. The last ship that came in was the”Nippon Maru.” The coffee culture has established a prosperous period for the city and the strongest in the country, only competing with the Cocoa produced by the State of Bahia. The owners of Caffe and Cocoa farms were known as the Colonels.Today, with an estimated over 1.8 million Japanese-Brazilians in the State of São Paulo and Paraná, these immigrants rightly won the fame of hard workers and orderly people.The coffee industry was the major promoter of the Brazilian economy from the early 20th century. However, the lack of manpower in the countryside, cities and farms resulted in the need for an agreement between the two countries. 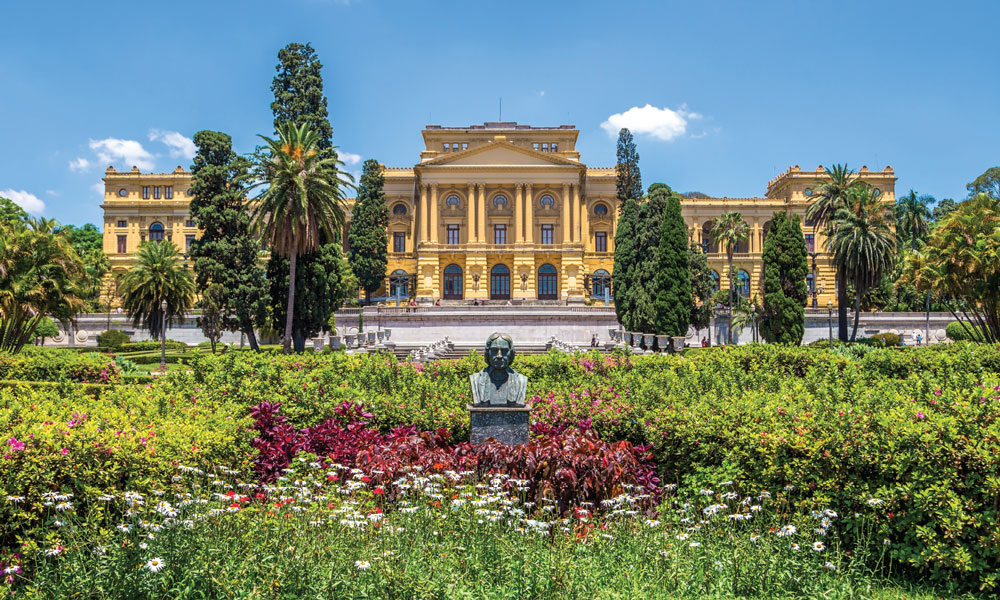 At the time Japan and Brazil had established immigration agreements. Due to a major crisis, Japan encouraged its citizen to immigrated abroad. In Brazil, the lacked of manpower opened its door to immigrants. The arrival of the Japanese has created the largest Japanese colony of the world out of Japan.

Italian immigrants and their origin

In the Decade of 1920, the coffee was the driving force of São Paulo. Immigrants from various European countries fed their hopes of working in the fields of Brazil, enrich and go back to their country of origin. And São Paulo was the city that received Italian immigrants from different regions of Italy.

The parish records of the farm town of São Carlos, find out that the years of 1880 till 1914 at least 29% of the men and women who were married, were originally from Northern Italy. 20% of Venetian men and 22% of women. There was also Italian immigrants from Calabria, Lombardia, and Campania. 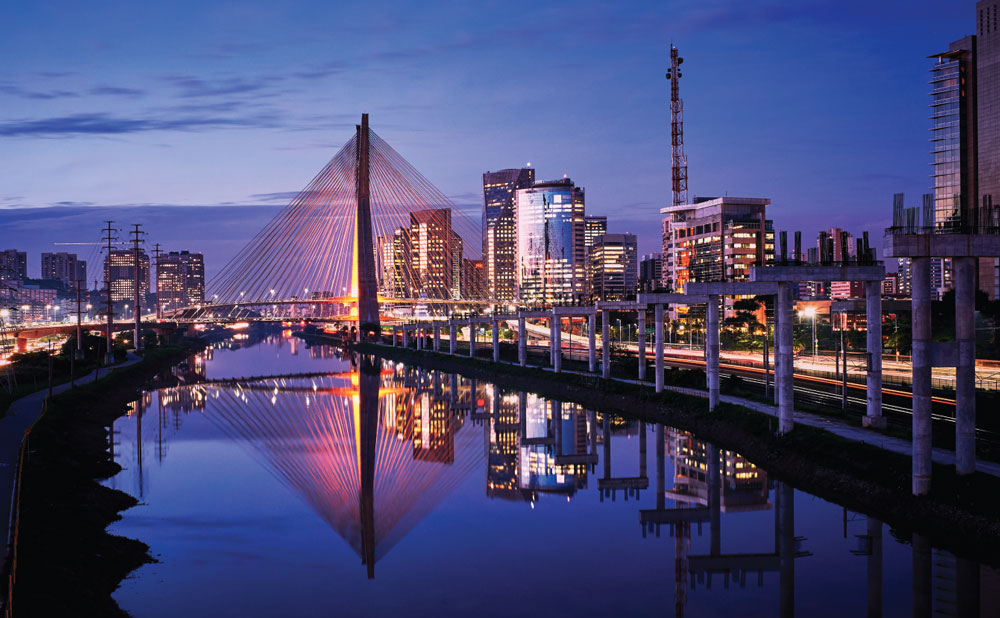 The curious preference of immigrants from Northern Italy was to opt for the countryside while the southern Italians preferred urban occupations in São Paulo. Thus, the South dominated the entire neighborhoods through its culture and food, preferably the quarters of cities of Bixiga, Brás and Mooca. They were immigrants from Calabria and Campania.
The 2013 census describes that currently are about 15,000,000 Italians and their descendants that represent 34% of the population of the State of São Paulo in Brazil. The dominance of Italian culture is in every corner of São Paulo and its variety kind of food.

From the land of Goethe to São Paulo

With the goal of bringing German settlers, Dom Pedro I (Brazilian Imperator) started the negotiations with Europe which would ensure the arrival of German settlers. The coffee farmers lacked manpower workers was the main reason to promote immigration.

The first batch of immigrants brought in by the Dutch Crowd called “Maria.” They landed in the port of Santos in December 1827. Between 1827 and 1829 the first settlers arrived. Among them, mechanical technicians, traders, teachers, priests, pastors, and doctors. Were collected for registration at the Immigration Department before following to the farms of Santo Amaro. 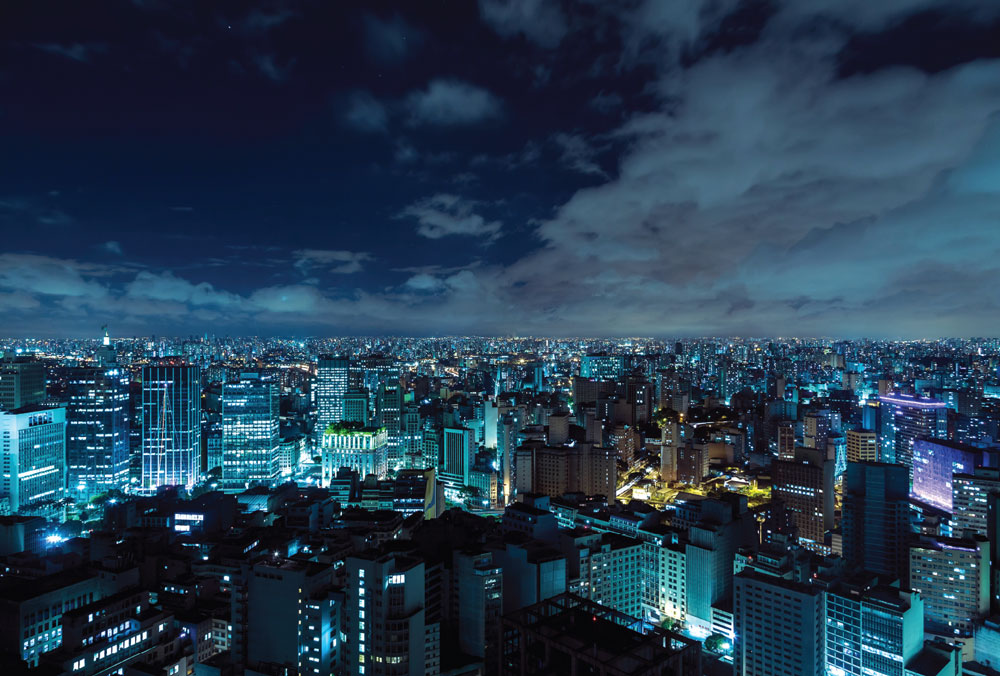 German immigration to Brazil began during the Imperial Monarchy Government when Brazil was under Portugal dominion. Brazil was known in Europe as the land of opportunity due to its fertile lands in the new continent. When Germans arrived in the Port of Santos, once registered by Immigration, some settled in São Paulo. However, others moved to the South of Brazil, in search of a similar climate to those of their origin. They also founded new cities.

Nova Prata, Porto Alegre, Santa Catarina, Blumenau, Parana, are some of the towns where Germans settled definitively. According to the Brazilian Institute of Geography and Statistics, says that 3.6% of Brazilians are of German origin representing 7.2 million German descent.The German involvement in the culture of Brazil left a strong legacy in the habits of their descendants. Mainly in the cities of the South of the country, where German is still widely spoken. Families who stayed in São Paulo, settled in the South of the State, in Santo Amaro, São Paulo. The German culture preserves their habits and language. The famous “October Fest” Festival of Beer, known all over the world, happens in Blumenau, São Paulo, and many other cities.

And first of all, the Portuguese

What is now known as the Paulista Coast, had been visited in the 16th century by Portuguese and Spanish navigators. The city of São Vicente founded in 1532 is known today as the town of Santos. It’s the first European settled city created on the coast of São Paulo, called as the Village of São Vicente.
In reality, the Spanish and Portuguese were seeking gold and precious stones. With this goal in mind, the Portuguese crossed the mountain range of the sea, following an ancient trail of the Indians.In 1554, after sea Plateau, as it is known, the Jesuit priests founded the São Paulo de Piratininga Village, led by Portuguese Manuel da Nóbrega. After that first village, many other locations would’ve been established to provide subsistence and security to Vila São Paulo. With the end of the 16TH century, the Portuguese had established many villages. Americo Vespucci named two of the islands as Island of São Vicente and the other City of Guaruja in the Santo Amaro Island on January 22 of 1502. From there to now, much has happened. Brazil becomes independent from Portugal, and São Paulo is today a cosmopolitan city and the flagship of the country’s economy.

Portuguese immigrants in São Paulo, also left their mark, without however losing the characteristics of their culture. They established themselves throughout the entire Brazil.

São Paulo has seen prosperity reach and enrichment through the coffee culture. With the arrival of immigrants from Italy, Portugal, Spain, Japan, and Arabia this “Cauldron” multicultural city exploded in its diversity.
Talk of São Paulo is talking about many cultures and its people. São Paulo has seen better days. Although it continued as the engine that moves Brazil, the country. As we all know, Brazil comes across its biggest political crisis. The discovery of the outrages of the last 13 years has choked the country. The Brazilian nature could not frame as belligerent, however, in recent months, the dissatisfaction of their citizens have clearly demonstrated the non-acceptance of the deployment of communism in the country. São Paulo has been the scene of significant demonstrations against any attempt in this direction. After all, São Paulo is the locomotive of the country. The city where Brazil conquered its independence from Portugal.

São Paulo represents at least 12% of Brazil’s PIB, and it was the fourth metropolis of the world. A large city, São Paulo sets the example of determination to establish a better future for the nation. A multicultural melting pot that justifies the greatness of its hard working people.