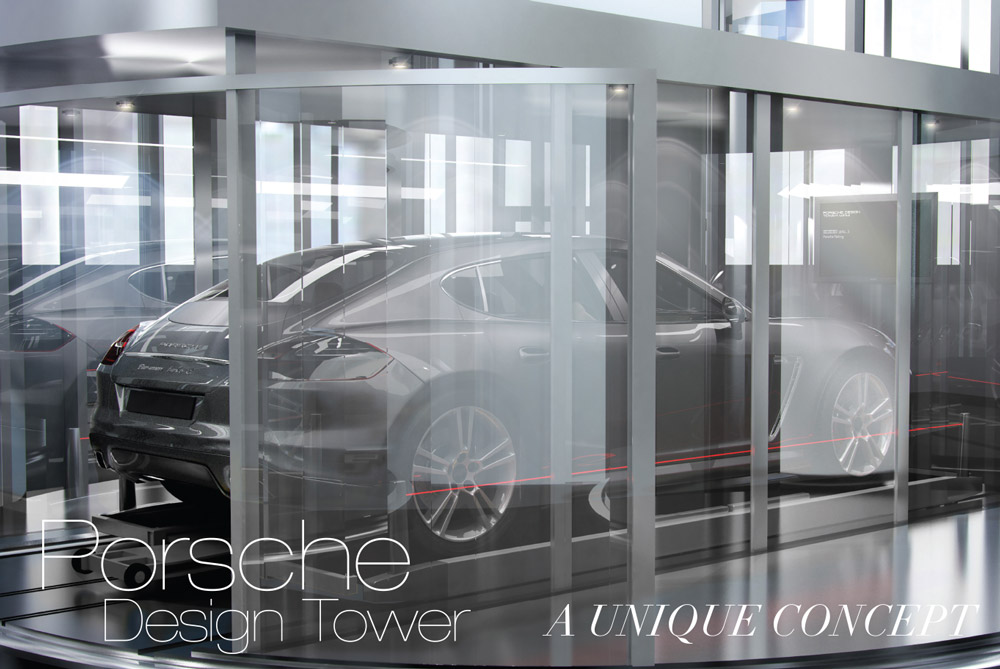 With only six units of the ultra-luxury tower’s 132-units remaining, car enthusiasts and luxury seekers alike still have the exclusive opportunity to be part of the iconic brand’s first-ever real estate venture.

“We have good reason to celebrate as we come one step closer to making the world’s first Porsche Design Tower a reality,” said Gil Dezer, president of Dezer Development. “Watching Porsche Design Tower Miami come to fruition and seeing it transform parking technology as we know it has been a remarkable experience.

Undeniably striking from the outside, Porsche Design Tower Miami’s unique feature will be its Patented, first-of-its-kind automobile elevator lift system. The Dezervator will transport residents, while still inside their vehicles, directly to their respective residence’s ‘sky garage’ in a glass-enclosed elevator. The system is not only a first but assures unparalleled, maximum privacy for unit owners. 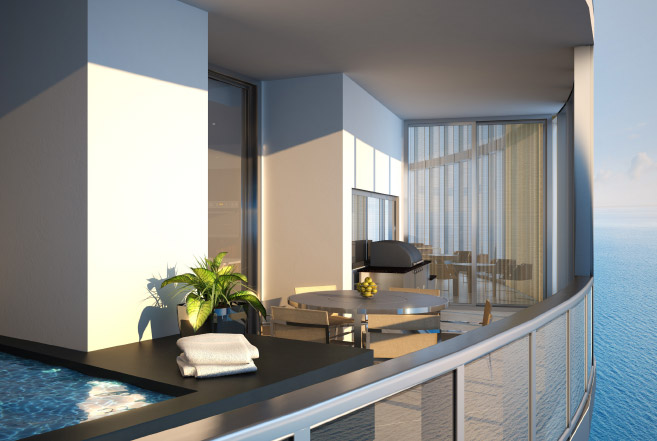 Launched last April 2013, the construction of Porsche Design Tower Miami has been no small achievement, much in part to the complex combination of cutting-edge mechanical engineering and state-of-the-art technology that had to be amassed to bring the Dezervator to fruition. After building a full working model test facility in Chicago with Mid-American Elevator, Porsche Design Tower Miami has begun the final installation of the Dezervator and just recently completed installing the building’s elevator cabs.Led by the Tower’s general contractor, Coastal Condominiums, construction also focuses on the completion of Porsche Design Tower Miami’s unparalleled amenity deck, as well as its elevated, oceanfront terrace which features a negative edge sunrise swimming pool and hot tub. 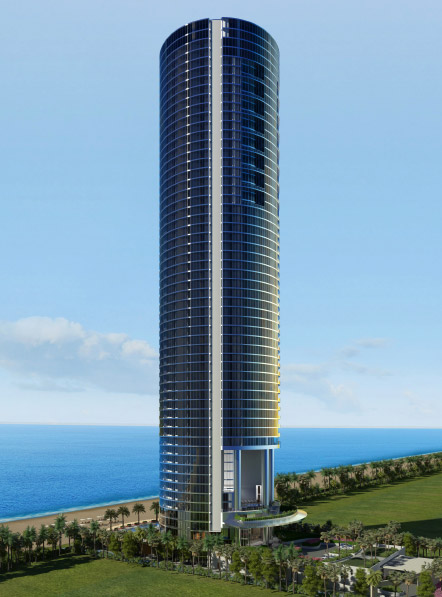 The automobile lift system is only one of the Tower’s uncommon, luxurious amenities such as plunge pools and outdoor summer kitchens on the expansive balconies of almost every unit, a first in Miami and a feature typically reserved for only the most elite of penthouses.

Other building amenities include a state-of-the-art spa equipped with Vichy showers, a Sunset Terrace complemented with twin over-sized spa tubs, and oceanfront ballroom and clubrooms. The club rooms include a movie theater with stadium seating and new release capability. A game room featuring a four-car interconnected virtual racing simulator – a must for car lovers – and a virtual golf simulator equipped with a real putting green that allows players to access golf courses around the world. Anticipating that residents hold their automobiles in as high regard as their homes, Porsche Design Tower Miami will also have available a ‘Car Concierge’ who will tend to a resident’s vehicle, by assisting with regular maintenance, tire rotations, washing and other services.

Porsche Design is a luxury brand with a particular focus on technically inspired products. The brand created in 1972 by Ferdinand Alexander Porsche, whose products have stood for functional, timeless and purist design ever since. The products are developed by the Porsche Design Studio in Zell am See, Austria and sold around the world in the company’s stores, shop-in-shops, high-end department stores, exclusive specialist retailers as well as the official online shop.

An accomplished businessman and humanitarian, Gil Dezer is an ideal young visionary. One of the largest oceanfront property owners in Sunny Isles Beach, Dezer and his father, Michael Dezer, own just over 27 acres of prime oceanfront property, arguably one of the largest holdings of beachfront property owned and developable in the state of Florida. Most of this property is earmarked for redevelopment as mid-and high-rise luxury condominiums, condo-hotels, resorts, and rental communities.

As one of the youngest developers of luxury high-rise residential and condo-hotel properties in the United States, Dezer has been instrumental in changing the face and value of the South Florida real estate industry through the introduction of brand partnerships.

In collaboration with real estate mogul Donald J. Trump, Dezer led the Trump Organization’s first foray into the South Florida real estate market through the successful development of Trump Grande Ocean Resort and Residences and Trump Towers in Sunny Isles Beach. Despite the downturn of South Florida’s residential real estate market, and the ongoing recession, Dezer managed two remarkable achievements between 2009 and 2010 – securing sufficient sales to pay-off Trump Royale’s $210 million construction loan and the $265 million pay-off of Trump Tower II and III’s mortgage, a combined $475 million.
In 2011, Dezer announced a master licensing agreement with Germany-based Porsche Design Group to expand the iconic brand’s reach into the residential real estate market. The venture’s first project is a 60-story ultra-luxury tower showcasing a one-of-a-kind Patented robotic parking system, the Dezervator, which will allow owners to park their vehicles in ‘sky garages’ directly next to their units.

A testament to how the project has been received by buyers, as well as the lending community, Dezer Development received a $214 million construction loan from Wells Fargo in September 2013, at the time marking the largest loan for a single construction project in the Southeast in the post-recession era. It was a true stamp of approval for Porsche Design Tower. Slated for completion in second quarter of 2016, only a few residences remain of the 132-residence tower.

Dezer leveraged this track record of success with marquee lifestyle brands to enter into an exclusive partnership with The Related Group and Armani/Casa Interior Design Studio to launch the world-renowned fashion and furnishings designer, Giorgio Armani’s, first residential tower in the U.S. real estate market, Residences by Armani/Casa. Designed by globally-acclaimed Argentine-born architect, César Pelli, the 56-story oceanfront tower will feature 308 luxurious residences and incomparable amenities spanning two floors, all exquisitely designed by Armani/Casa with rich textiles and custom furnishings. The project is slated for completion in 2018.

Dezer earned degrees in International Finance and Marketing from the University of Miami. He additionally holds a realtors license and is the past President and Chairman Emeritus of the Developers & Builders Alliance (DBA), one of the world’s largest development and construction organizations.
Most recently, Dezer Development expanded into Miami’s booming Arts & Design district through another joint venture with The Related Group to launch Hyde Midtown Suites and Residences, the flagship property of the extraordinary sbe lifestyle brand. Designed by Arquitectonica with interiors by award-winning designer, David Rockwell, the 31-story tower will include 60 hotel rooms, 410 residential condominiums, and an array of one-of-a-kind, contemporary lifestyle offerings when it is completed in 2018. 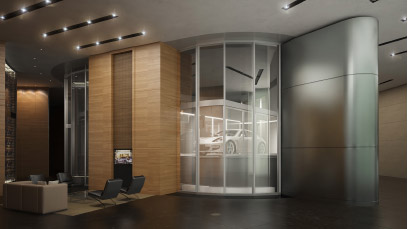