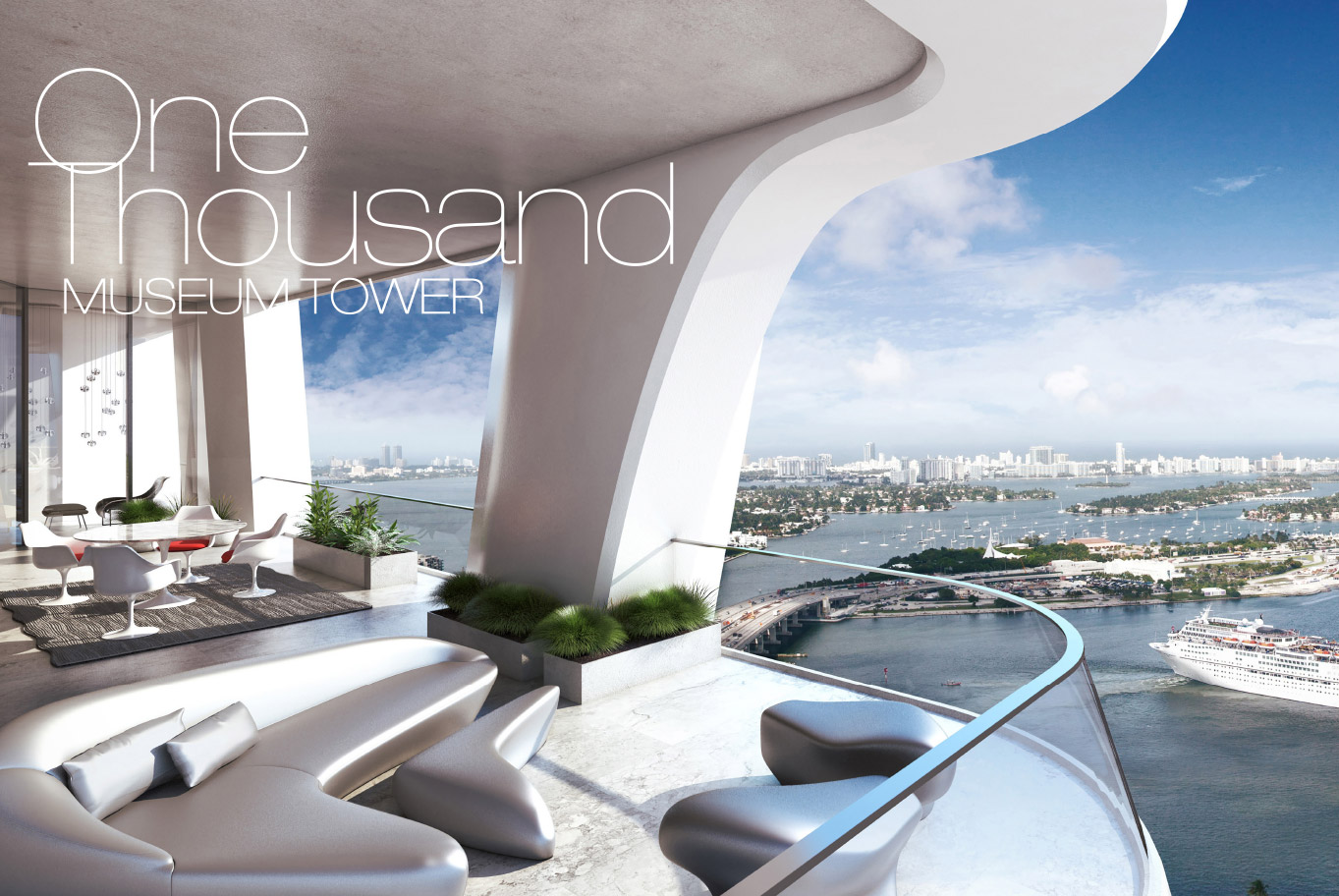 One Thousand Museum is an ultra-luxury, preconstruction condo development with prices ranging from 5.7M for a half-floor residence to 49M for a palatial, two-story penthouse, encompassing the entire 58th and 59th floors and spanning over 15,000 interior square feet and a private, indoor pool. 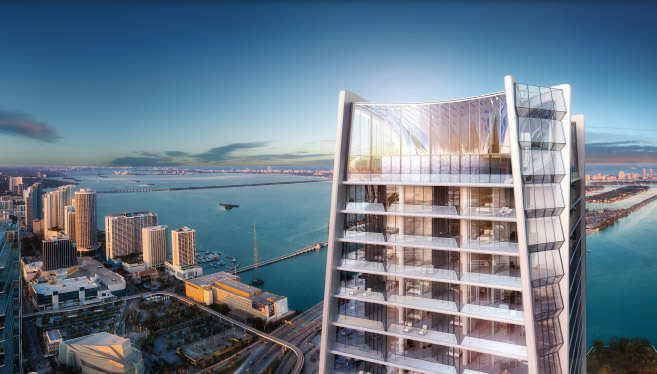 Once completed, One Thousand Museum will be one of the most spectacular residential developments in the world. It will be rivaled only by the likes of One Hyde Park in London and One 57 in New York City.
Internationally acclaimed and Pritzker Prize winning architect, Zaha Hadid has been commissioned to design the 62-story, architectural masterpiece. 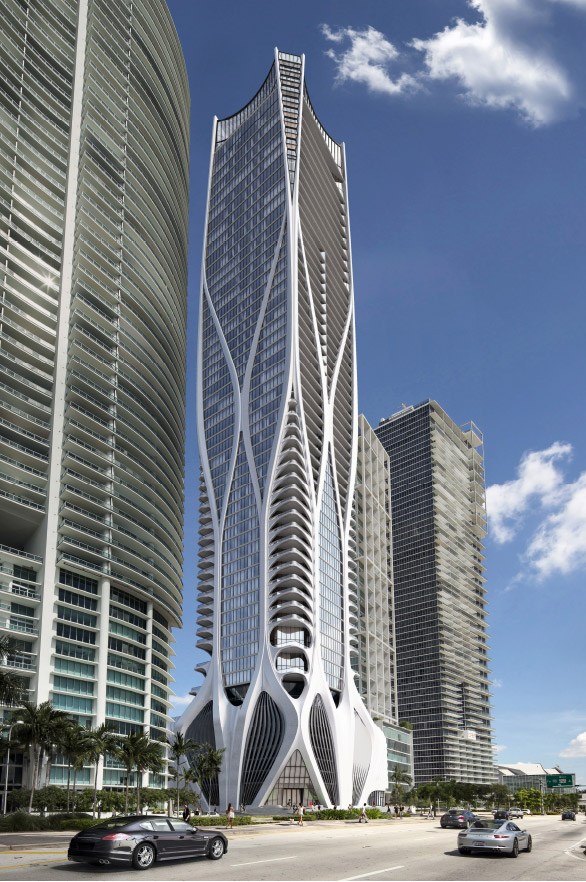 1000 Museum will have 83 museum-quality residences comprised of 4 duplex townhouses, 70 half-floor units, eight full-floor penthouses and one double-storey full floor penthouse.It will be the first residential development in South Florida to have its own rooftop helipad, making it possible for residents to travel to nearby islands, private and commercial airports, and private yachts at a moment’s notice. 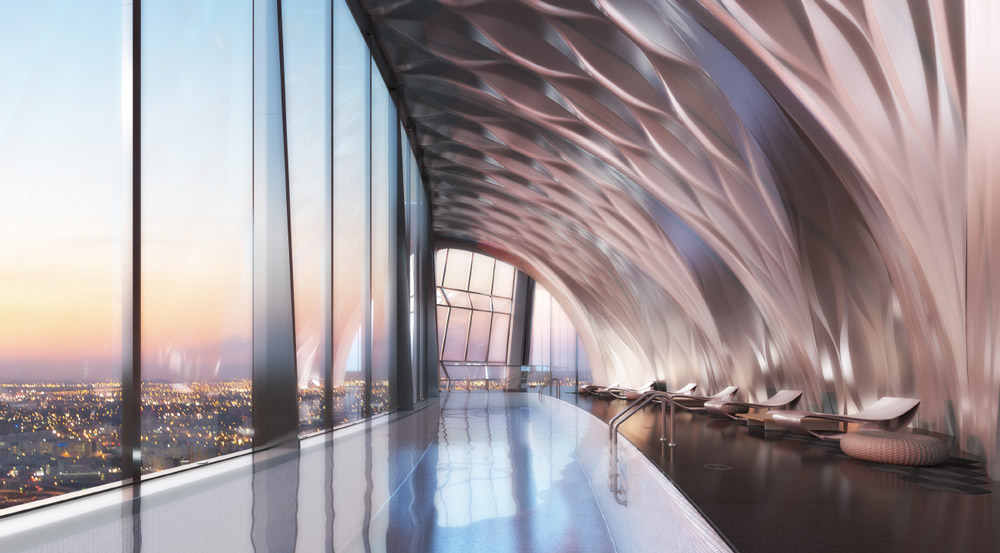 Immediately below the rooftop helipad is a double-height aquatic center featuring an infinity-edge pool flush against the building’s exterior glass window wall. 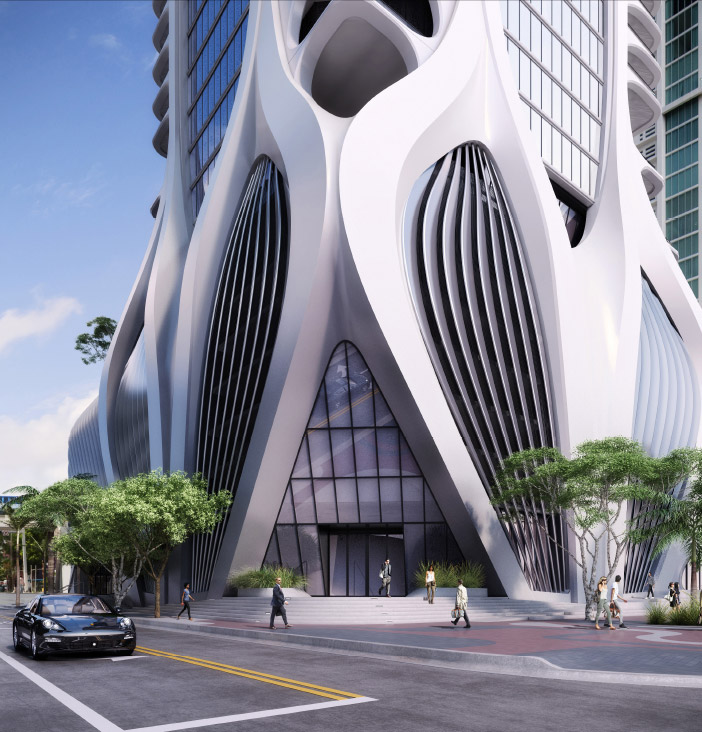 One Thousand Museum will be the first residential tower in Miami to have its own high-security vault, allowing residents to store valuables such as jewelry, antiques, artwork.

Zaha Hadid, the founder of Zaha Hadid Architects, was awarded the Pritzker Architecture Prize (considered the Nobel Prize of architecture) in 2004 and is internationally known for her built, theoretical and academic work. 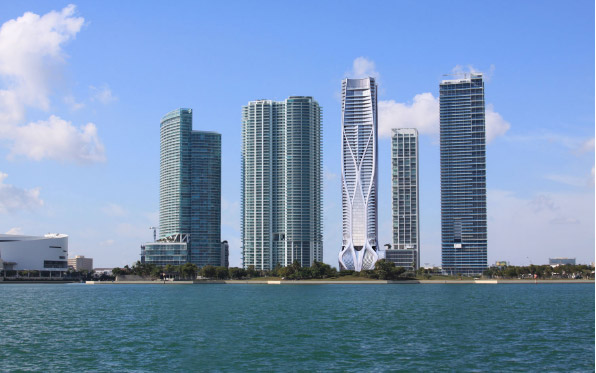 Each of her projects builds on over thirty years of exploration and research in the interrelated fields of urbanism, architecture and design.

Born in Baghdad, Iraq in 1950, Hadid studied mathematics at the American University of Beirut before moving to London in 1972 to attend the Architectural Association (AA) School where she awarded the Diploma Prize in 1977. Hadid founded Zaha-Hadid Architects in 1979 and completed her first building, the Vitra Fire Station, Germany in 1993.

Hadid taught at the AA School until 1987 and had since held numerous chairs and guest professorships at universities around the world including Columbia, Harvard, Yale and the University of Applied Arts in Vienna.

Working with office senior partner, Patrik Schumacher, Hadid’s interest lies in the rigorous interface between architecture, urbanism, landscape and geology as her practice integrate natural topography and human -made systems, leading to innovation with new technologies.

The MAXXI: Italian National Museum of 21st Century Arts in Rome, the London Aquatics Centre for the 2012 Olympic Games and the Heydar Aliyev Centre in Baku built manifestos of Hadid’s quest for complex, fluid space. Previous seminal buildings such as the Guangzhou Opera House and Contemporary Arts Centre in Cincinnati also have hailed as architecture that transforms our ideas of the future with visionary spatial concepts defined by advanced design, material and construction processes.

The practice recently completed the Oxford University’s Middle East Centre at St Antony’s College and is currently working on a diversity of projects worldwide including the new Beijing Airport Terminal Building in Daxing, China, the Sleuk Rith Institute in Phnom Penh, Cambodia and 520 West 28th Street in New York.

Hadid’s outstanding contribution to the architectural profession acknowledged by the world’s most respected institutions including the Forbes List of the ‘World’s Most Powerful Women. 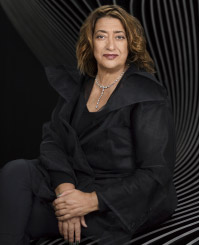