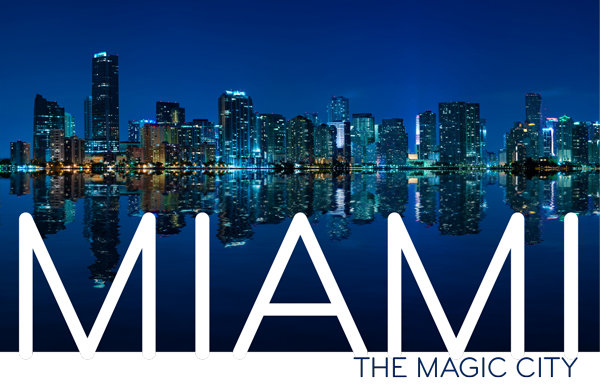 Way before the Europeans arrived, a large portion of Southeast Florida, including the area where Miami, Florida, exists today, was inhabited by Tequesta Indians. In 1566, Pedro Menéndez de Avilés, and his men first visited and claimed the area for Spain. The Spanish mission was established one year later. Fort Dallas was built in 1836 and functioned as a military base during the Second Seminole War.

The Miami area was better known as “Biscayne Bay Country” in the early years of its growth. The few published accounts from that period describe the area as a wilderness that held much promise. Miami area was considered as “one of the finest building sites in Florida.” 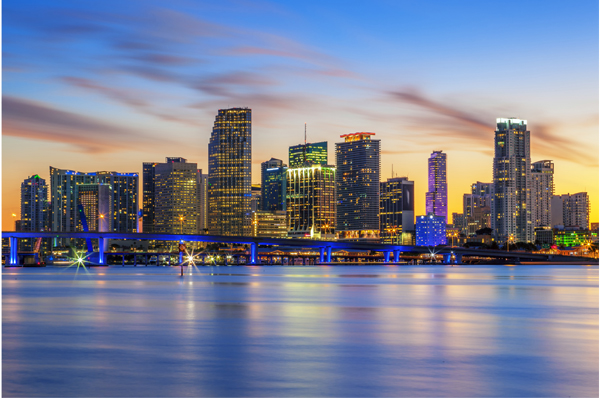 In 1891, a Cleveland woman named Julia Tuttle decided to move to South Florida to make a new start in her life after the death of her husband, Frederick Tuttle. 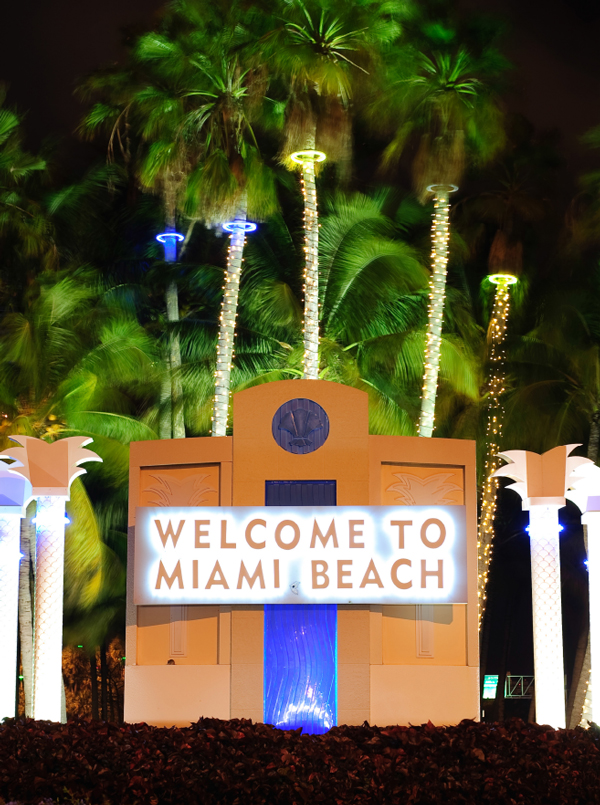 Though she was having financial difficulties, she purchased 640 acres on the north bank of the Miami River in present-day downtown Miami.

She tried to persuade railroad magnate Henry Flagler to expand his rail line, the Florida East Coast Railway, southward to the area, but he initially declined. In December 1894, Florida was struck by a freeze that destroyed the entire citrus crop virtually in the northern half of the state. A few months later, on the night of February 7, 1895, the northern part of Florida was hit by another freeze that wiped out the remaining crops and the new trees. Unlike most of the rest of the state, the Miami area was unaffected. Tuttle wrote to Flagler again, asking him to visit the area and to see it for himself. Flagler sent James E. Ingraham to investigate, and he returned with a favorable report and a box of orange blossoms to show that the area had escaped the frost. Flagler followed up with his visit and concluded at the end of his first day that the area was ripe for expansion. He made the decision to extend his railroad to Miami and build a resort hotel. In February 1895, Flagler wrote Tuttle a long letter recapping her offer of land to him in exchange for extending his railroad to Miami, laying out a city and building a hotel. The terms provided that Tuttle would award Flagler a 100-acre (0.4 km2) tract of land for the city to grow. Around the same time, Flagler wrote a similar letter to William and Mary Brickell, who had also verbally agreed to give land during his visit. While the railroad’s extension to Miami remained unannounced in the spring of 1895, rumors of this possibility continued to multiply, fueling real estate activity in the Biscayne Bay area. The news of the railroad’s extension was officially announced on June 21, 1895. 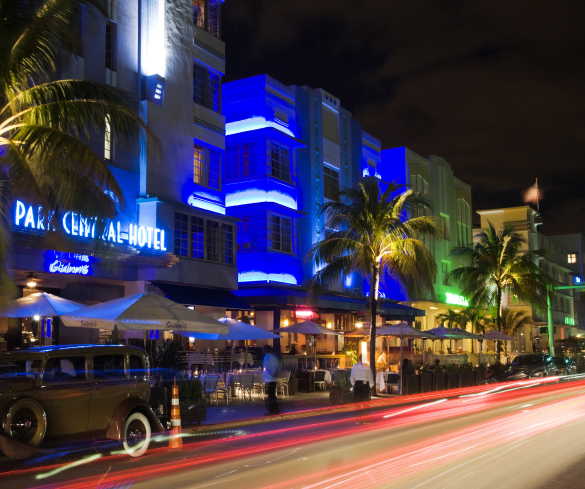 In late September, the work on the railroad began, and settlers began pouring into the promised “freeze proof” lands. On October 24, 1895, the contract agreed upon by Flagler and Tuttle was approved. On July 28, 1896, Miami was officially incorporated as a city with a population of just over 300.

During the 1920s Miami prospered, but weakened when the real estate bubble in 1925, and shortly followed by the 1926 Miami Hurricane and the Great Depression in the 1930s. When World War II began, Miami played an important role in the battle against German submarines due to its location on the southern coast of Florida. 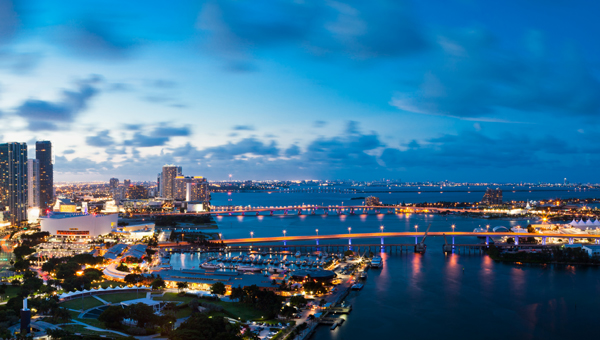 The war helped to increase Miami’s population to almost half a million. After Fidel Castro rose to power in 1959, many Cubans immigrated to Miami, further increasing the population. In the 1970s and 1980s, various crises struck South Florida, among them the Arthur McDuffie beating and the subsequent riot, drug wars, Hurricane Andrew. Despite these, Miami remains a major international, financial, and cultural center. 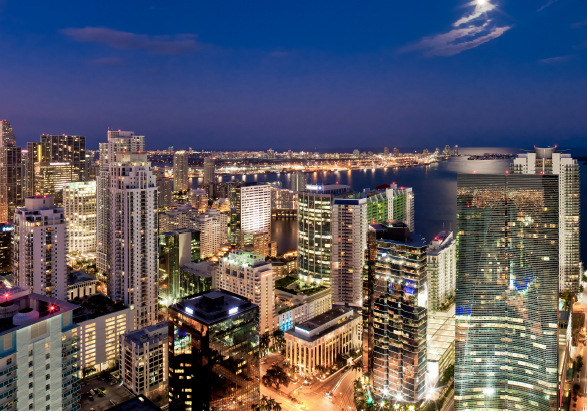 With the railroad under construction, activity in Miami began to pick up. By late December 1895, seventy-five of them already were at work clearing the site for the hotel. They lived mostly in tents and huts in the wilderness since there were no streets and few cleared paths. Many of these men were victims of the freeze. They lost their money and work was scarce, so they came to Miami. On February 1, 1896, Tuttle fulfilled the first part of her agreement with Flagler. She signed two deeds to transfer the land to Flagler’s hotel and the 100 acres (0.4 km2) of land near the hotel site to him. The titles to the Brickell and Tuttle properties were based on early Spanish land grants and had to be determined to be clear of conflict before the marketing of the Miami lots began. On March 3, Flagler hired John Sewell from West Palm Beach to begin work on the town as more people came to Miami. On April 7, 1896, the railroad tracks finally reached Miami, and the first train arrived on April 13. It was a special, unscheduled train, and Flagler was on board.

The train returned to St. Augustine later that night. The first regularly scheduled train arrived on the night of April 15. The first week of train service was only for freight trains; passenger service did not begin until April 22. On July 28, 1896, the incorporation meeting to make Miami a city took place. The right to vote restricted to all men who resided in Miami or Dade County. Joseph A. McDonald, Flagler’s chief of construction on the Royal Palm Hotel, was elected the chairman of the meeting. After ensuring that enough voters were present, the motion was made to incorporate and organize a city government under the corporate name of “The City of Miami,” with the boundaries as proposed. John B. Reilly, who headed Flagler’s Fort Dallas land company, was the first elected mayor.

Initially, most residents wanted to name the city “Flagler”. However, Henry Flagler was adamant that the new city should not be named after him. So on July 28, 1896, the City of Miami, named after the Miami River, was incorporated with 502 voters, including 100 registered black voters. The blacks provided the primary labor force for the building of Miami. Clauses in land deeds confined blacks to the northwest section of Miami, which became known as “Colored Town” (today’s Overtown). 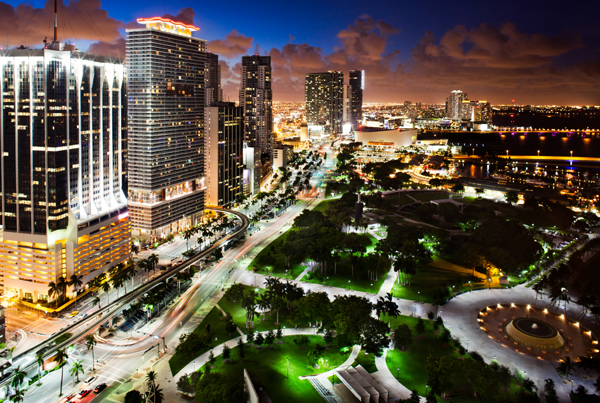 During the 1920s, Miami prospered but weakened with the real estate bubble in 1925, followed by the 1926 Miami Hurricane and the Great Depression in the 1930s. When World War II began, Miami played an important role in the battle against German submarines due to its location on the southern coast of Florida. The war helped to increase Miami’s population to almost half a million. After Fidel Castro rose to power in 1959, many Cubans immigrated to Miami, further increasing the population. In the 1970s and 1980s, various crises struck South Florida, among them the Arthur McDuffie beating and the subsequent riot, drug wars, Hurricane Andrew. Despite these, Miami remains a major international, financial, and cultural center. A woman of great foresight, Julia Tuttle prophesied that a great city would someday arise in the area, one that would become a center of trade with South America and a gateway to the Americas. 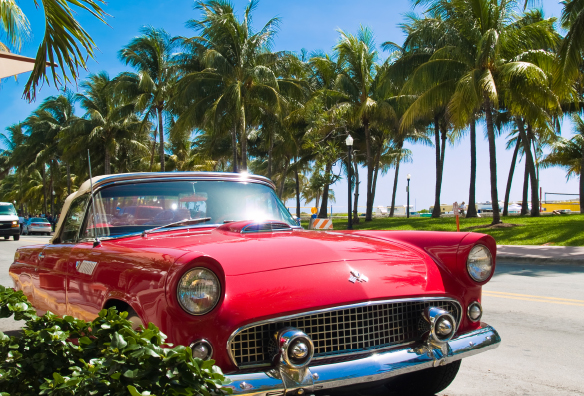 Few cities of such youth can claim a history as eventful, significant, and tumultuous as that of Miami. From its beginnings as a tiny settlement along the Miami River to the robust international city of today, Miami has represented for multitudes of new residents a place to begin anew, a gateway to a better tomorrow. At no time has this been truer than the present-day. 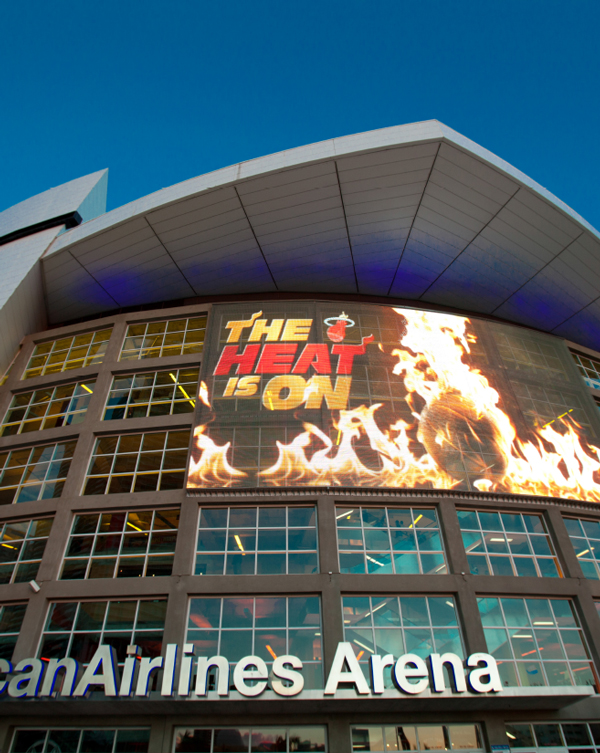 Miami has welcomed Cubans, Haitians, Brazilians, Nicaraguans, Mexicans, Argentinians, who are today part of Miami’s multicultural city. This “melting pot” of different cultures, brought together their habits, foods, transforming Miami in a melánge of heritage.

With a continuing vision of global economies, Miami has become the headquarters for many multinational companies and financial institutions. The city has the largest concentration of international banks in the country. It is also well known as an attractive location for the rich and famous. Florida is the Sunshine State. 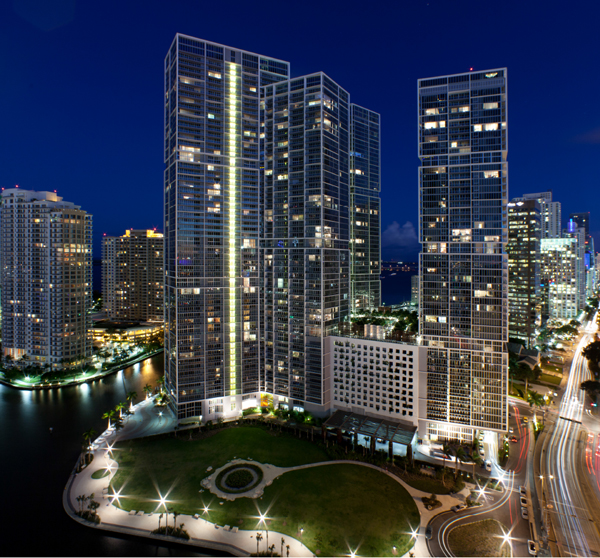