Awarding the highlights of the entertainment industry, the Peoples Choice Awards brought together some of the top celebrities who have excelled in the last year. The event happened in Microsoft Theater in Los Angeles, California, and featured Jane Lynch as host. The movie “The Fast and the Furious 7” won in the category “favorite movie” and “Favorite action movie”. Sandra Bullock, Johnny Depp, John Stamos and Chris Hemsworth are among the actors won awards of the night.

The great Honoree of the evening was the presenter Ellen DeGeneres, success in the United States and around the world. Among the highlights of the music, Meghan Trainor won the award for “Favorite Album” and Shawn Mendes “artist”. 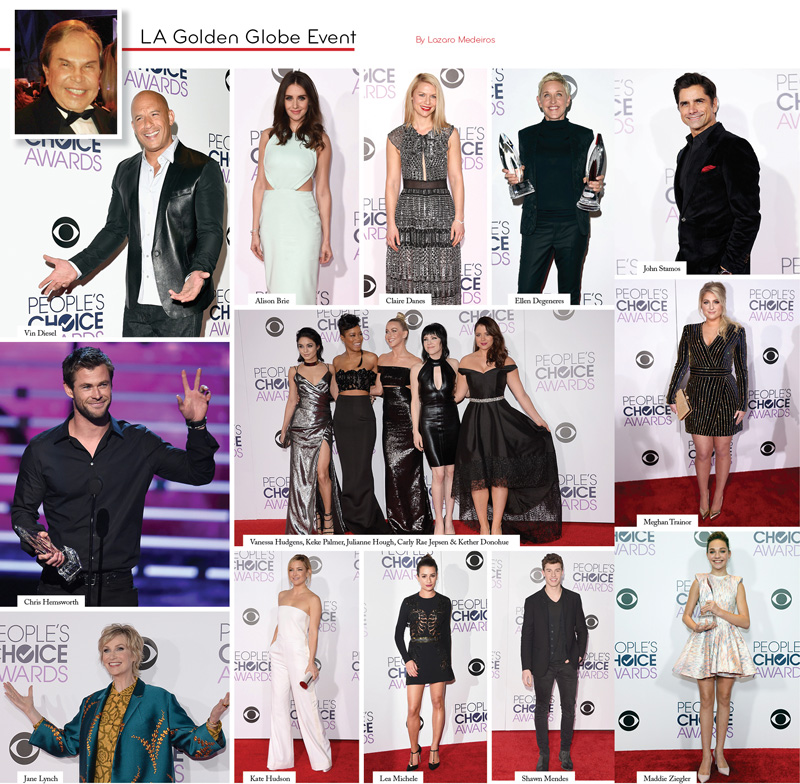