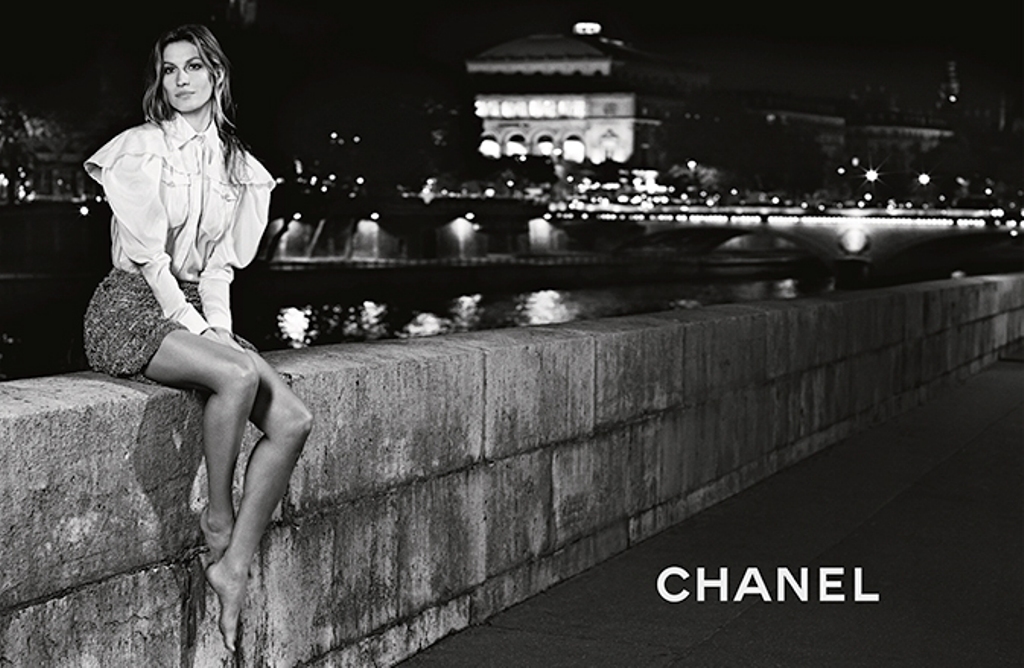 The fashion guru Karl Lagerfeld visions Chanel SS 2015 campaign in black-and-white with Gisele Bündchen wandering the deserted streets of Saint Germain-des-Prés. Scenes pausing at iconic locations like Café de Flore, a favorite place of fashion editors during Paris fashion week or Pont des Arts footbridge (covered in love locks from couples around the world). The supermodel is the face of Chanel’s spring 2015 print campaign, which sees her posing barefoot in these iconic Paris locations. The campaign includes a few pieces that compliment this theme including a tweed jacket-turned-flag. 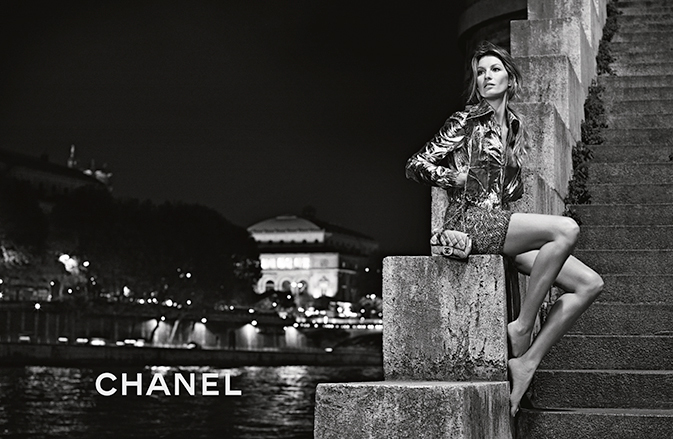 Gisele has been the brand’s go-to face multiple times over the last year: In October, she showed off her surfer skills in a highly stylized short film for Chanel No. 5. She also appeared in a beauty campaign for the fashion house in May. By choosing Ms. Bündchen for the spring/summer campaign, Chanel is continuing to cherish the image of the modern woman throughout its other collections. The beautiful model also walked in the feminist rally-themed show for the collection during Paris Fashion Week in September. 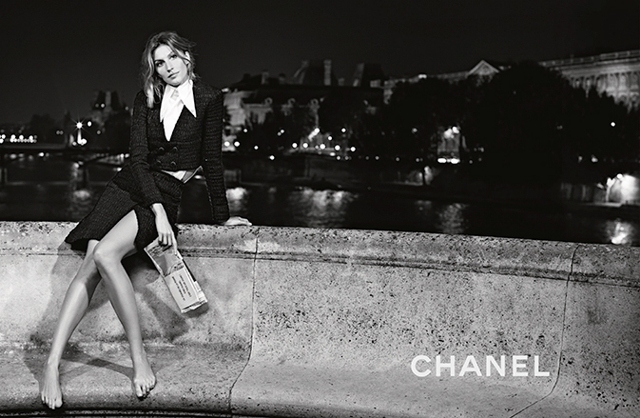 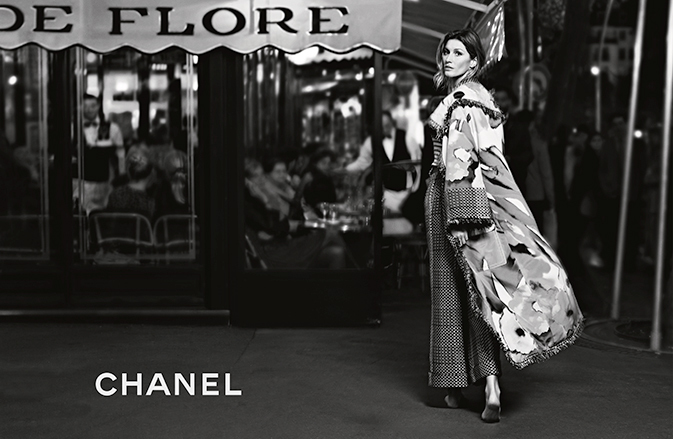 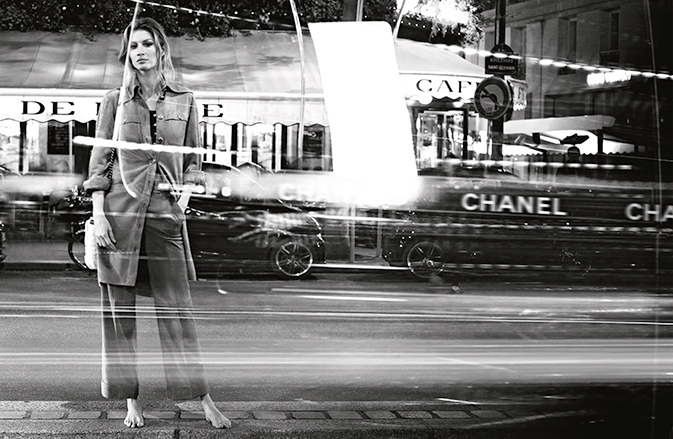 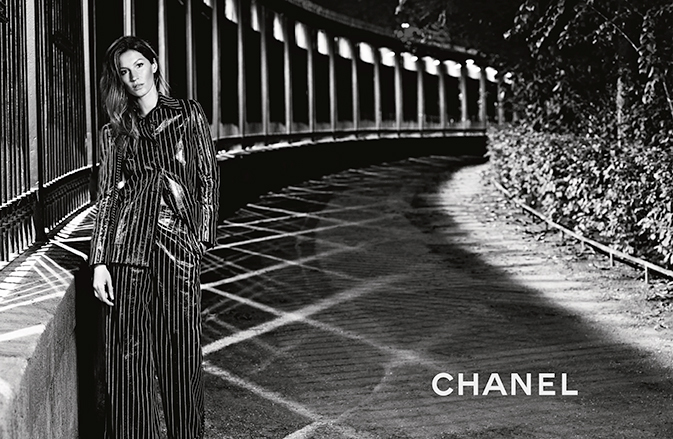 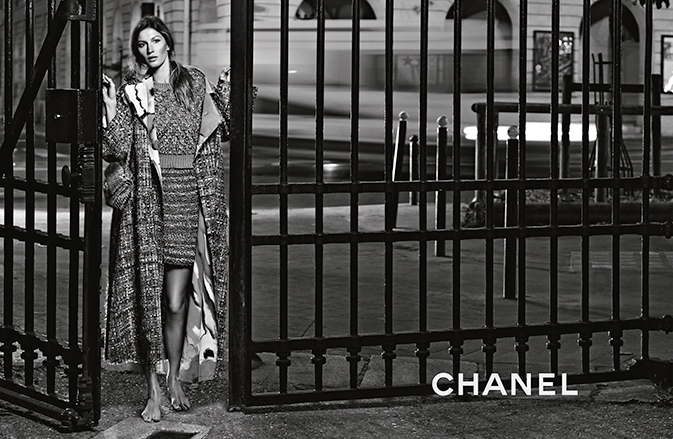 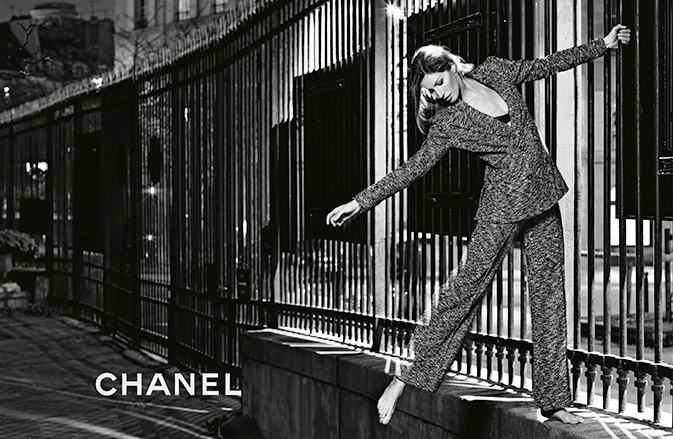