Boeing – The ex-ray of a giant 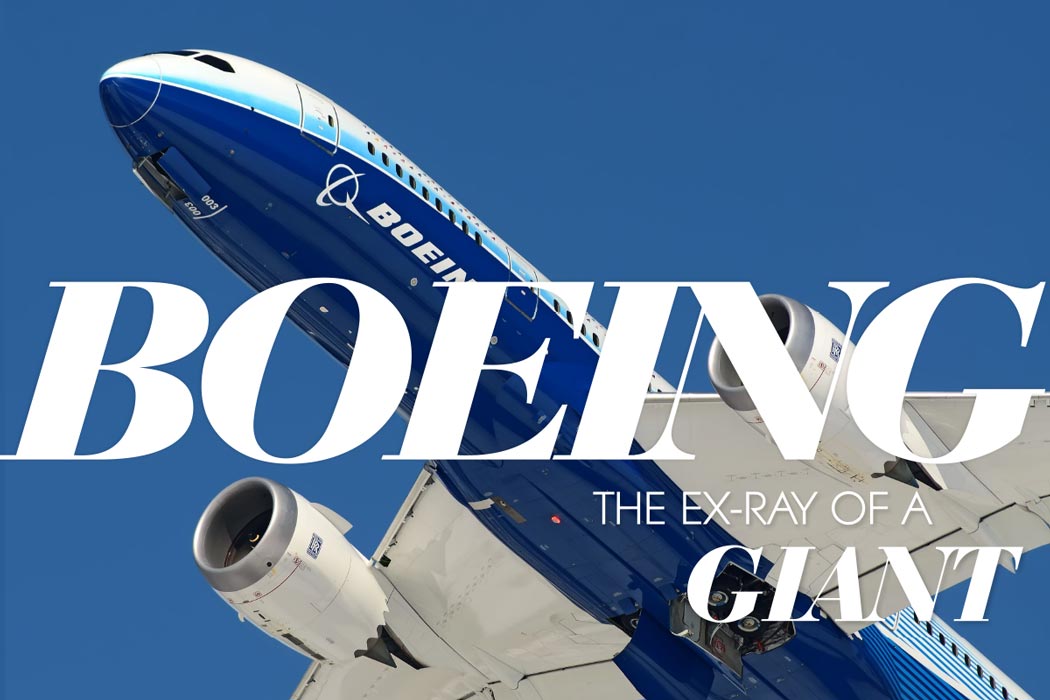 The visionary William E. Boeing and the birth of a star.

Boeing, the Aerospace and Defense Industry, was founded by William E Boeing in Seattle back on July 15, 1916. The massive company headquartered in Chicago.

Boeing employs 141.322 professionals in their many subsidiaries and divisions. With total assets of US$92.333 billion and the operating income of US$10.278 billion, the company is and has been a great success all over the world. 102 years of existence!

The corporation has five primary divisions: Boeing Commercial Airplanes; Boeing Defense, Space & Security; Engineering Operations & Technology; Boeing Capital, and Boeing Shared Services. The company as we know today is the result of Boeing and McDonnell Douglas merger in August 1997. Boeing is one of the most admired corporations in the world. After William finished his studies at Yale University, he got started working on the timber industry and become wealthy from it.

The professional experience acquired during his time at the timber company was a major asset for his future to project and assemble planes.

William was only 28 years old when he first got to know the birdcage plane and envisioned the future in the skies. 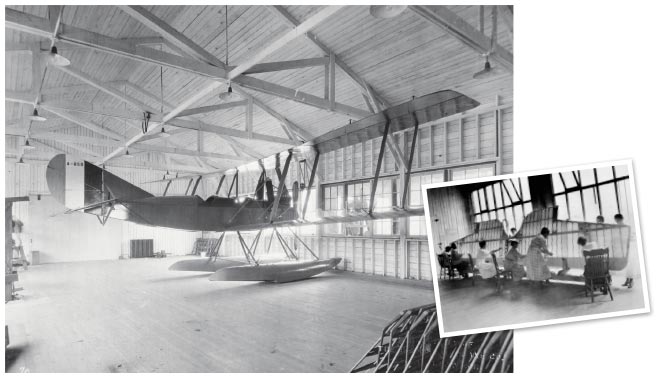 Invited by Glenn Martin to fly the seaplane “Birdcage,” William learned to pilot that plane. An adventure that ended up with the crash of the aircraft.

Soon after he learned that to receive the parts (to fix the plane), it would take several months. Probably he saw by then the opportunity to build a supplier industry.

Already wealthy and capable of developing a better plane, he envisioned that the “entertainment” side of flying was only the door to the multiple futures uses for planes. It was the birth of a concept.

Together with his friend George Westervelt, both decided to build a better plane. They did it and assembled on the northeast shore of Seattle’s Lake Union. The initial name of the company was B&W seaplane, (Boeing & Westervelt).

The history of Boeing the company is that William Boeing was on the right place, on the right moment and with the perception of the market needs.
After the US declared war on Germany, William understood that the Navy would need planes. By then, on May 9, 1917, the company was renamed Boeing Airplane Company, and the company received the first 50 seaplanes order from the Navy.

Putting all together, plus the historic moment of World War I, it didn’t take much for William to understand the meaning of aviation and aircraft. A new industry was born.

The end of the World War I in 1918 jeopardized many industries ( and the great recession) including Boeing that by that time also was struggling. However, already in 1919, the Boeing B-1 (called flying boat) made its first flight. In May 1920 the Boeing Model 8 was launched. The first plane to fly over Mount Rainier.

The start of commercial flights.

Boeing manufactures more than twenty commercial aircraft models such as the 737, 727, 777, 787 amount all others. Many of their variants delivered for military use.

Today there are more than 10,000 jetliners in the world for commercial use. Boeing has the most extensive portfolio of services in the Commercial Aviation market.

It is impressive the waiting list for the model Dreamliner 787-9. The majority of Global Aviation companies are waiting to add this majestic plane to their commercial fleet.

The wonder aircraft Dreamliner 787-9 has presently 104 net orders to deliver. But also in the production line are more than 631 planes known as the models 737, 747, 767, 777 and 787. Net orders are from global companies such as American Airlines, United Airlines, from Brazil, from Asia and Latin America. The massive organization to produce and deliver such planes is not an easy task. The complexity of production assembles tests to the final moment of its delivery is an enormous responsibility for the company. The history of Boeing and its supremacy has conquered the admiration of the entire industry. 102 of history!

Back on time, Boeing created in 1923 the first fighter aircraft for military use. Boeing was disputing with Curtiss Aeroplane and Motor Company to produce this plane. Curtiss, however, won the order. The lost production order didn’t stop Boeing to continued to develop its PW-9 fighter and The Boeing P-12/F. Finally, Boeing won the Government two contracts to produce the models what established Boeing as the manufacturing leadership for fighters plane. A position that still keeps the company leadership fo military delivered jets.

To this day, the production line of Boeing aircraft for military use represents 114 manufactured planes; included the VC-137 C the Air Force One used by our Presidents.

The fighter jets such as F-4 Phantom II, FH-1 Phantom I, the Airborne models, and all remaining others are considered the most sophisticated planes for all kind of military purpose.

Conquering the space, the myth of Icaro.

The Mercury capsule launched by Boeing fifty years ago was the initial concept for the International Space Station and the Space Launch System. The commitment to conquer the space taking humans and technology farther is the proof that Bill’s dream still pretty much alive and “Bigger & Better.” 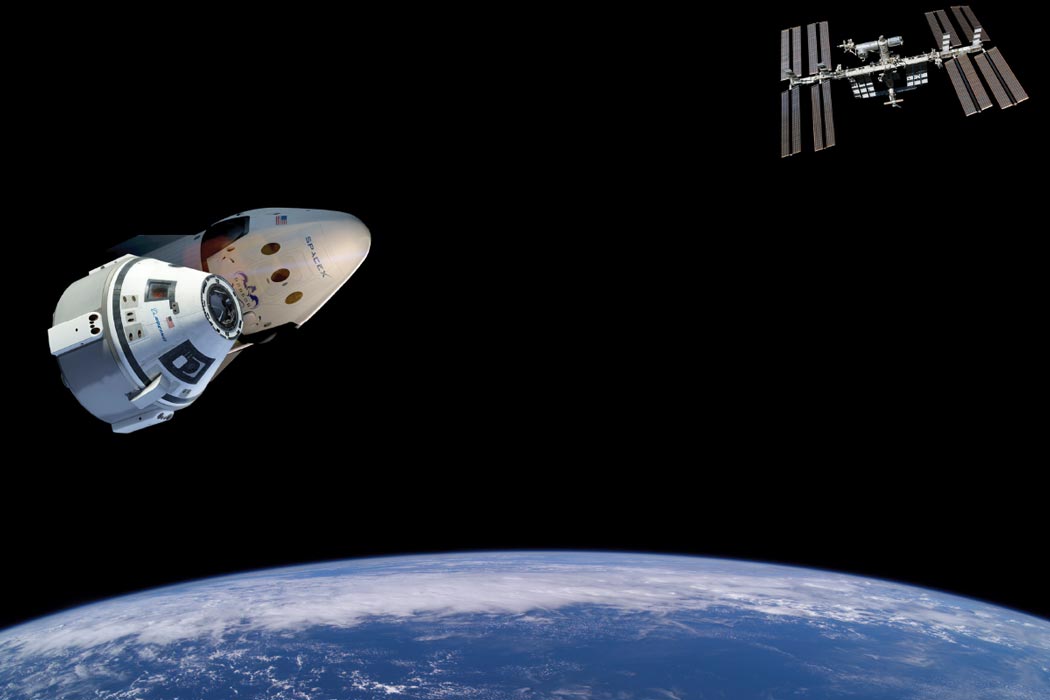 The services and products of Boeing are unsurpassed. From the Phantom Express, Boeing Satellite Family, The Crew Space Transportation named (CST)-100 Starliner, the Global Positioning System, the Resilient Aerospace Connectivity, the International Space Station, the Path to Mars to the Space Launch System and United Launch Alliance.

The collaboration between Boeing and the U.S. Defense Advanced Research Projects Agency to design, build and test a technology demonstration vehicles for the agency’s Experimental Spaceplane program called Phantom Express intends to reinvent space missions for commercial and government customers.

The ISS or the International Space Station keeps a crew permanently on-orbit. It is a laboratory that enables scientific research supporting on Earth. The intention is to continue to explore the space and its frontiers deeply.

It is almost impossible to dive into Boeing’s world due to its complex structure, products, production, delivery, diversity, administration and people.

The same goes for the company itself; what elements turn Boeing into this successful and uniqueness 102 years of existence and complexity industry? Is it only work? Destiny? Or the genius of William Boeing ? the men that glimpse a new product and brilliantly projected into his future vision and the world’s needs; in the right time, in the right place to the worlds change and constant evolution? A visionary no doubt.

Bill’s dream still pretty much alive and carry by a generation of professionals that share the same love: The Aviation.