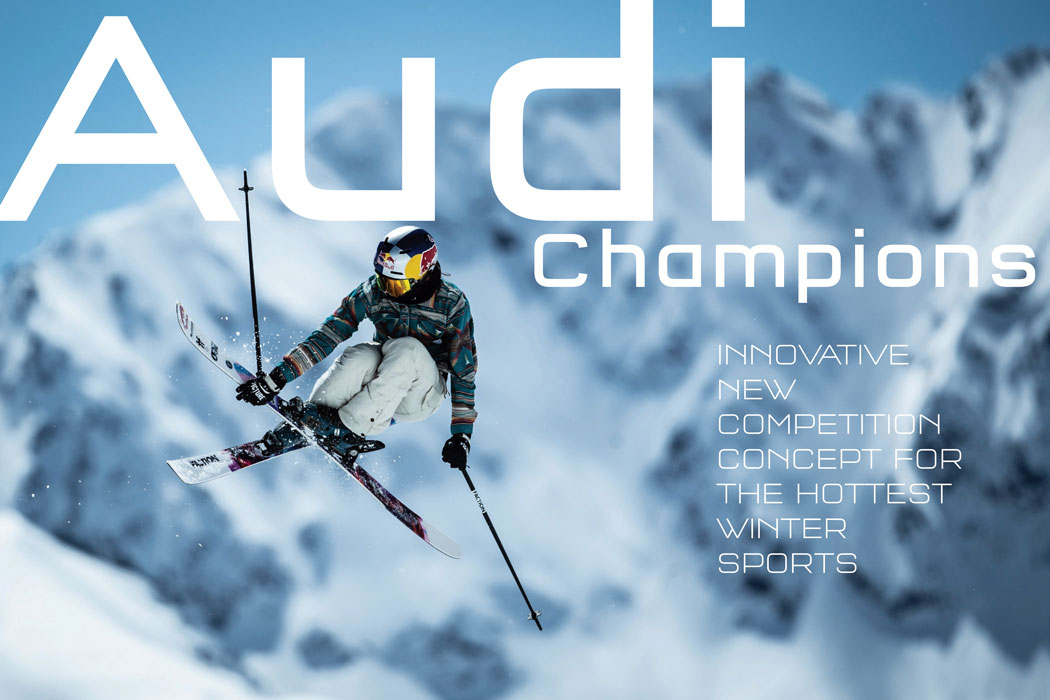 Audi continues its role as an ambassador for the world most popular winter sports. For more than thirty years Audi has been the main sponsor of the German Ski Association (DSV), including all of the national teams. The premium brand is also involved with many other alpine national organizations appearing as a partner at selected winter sports events.

Some teams train regularly in the Audi Wind Tunnel Centre in Ingolstadt and take part in Audi driving experience events in the snow or at the Audi Driving Experience Centre in Neuburg and Donau. For the second time, the premium brand is the title sponsor of the Audi Nines presented by Falken freestyle event.

It took place between 22 to 27 April 2019. The world best skiers and snowboarders participation wrapped up this winter sports season in style.

With a strong brand presence for the second time, as title sponsor of the Audi Nines that was presented by Falken. Under the slogan: ‘Return to the future. This year racecourse features unique freestyle elements designed by superb athletes.

Also, new this year: the Audi Nines hosted a female competition venue in the neighboring resort of Obergurgl-Hochgurgl.

Now promising young athletes, both male and female, participated alongside Olympic Games x Games and World Championships medallists.
Take a look at the spectacular performance of the athletes — this season with the female presence.